An ideal act for those wanting to get the party started, The 94s' masterful performance is sure to impress guests at all manner of events.

Incorporating an array of musicians hailing from the country’s leading music conservatories and acts, The 94s are an awe-inspiring party band who are an exciting choice as event entertainment. Having performed alongside some of the biggest names in the music industry today, the group have continually honed their skills with each and every performance. As a result, the band have come to enjoy a reputation as one of the United Kingdom’s best-loved party acts.

In musical terms, The 94s present an exhilarating show that draws from several musical genres. Taking inspiration from the sounds of classic hits as well as contemporary music, the group’s musical repertoire is sure to delight audiences of all shapes and sizes.

The 94s’ full and rich sound is largely derived from the group’s vast instrumentation and exciting musical lineup. The group’s bandleader, James Vezer, masterfully navigates his guitar’s fretboard. Bassist Dan has enjoyed success touring both nationally and internationally, having opened for the likes of Duran Duran.

Singer Iben has proven to be a popular appearance at music festivals in her home country of Denmark. She is joined by the incredible vocal skills of Dominic Lawson, who has performed as part of the AMC Gospel Choir. Drummer Lewis, trumpeter Roland, saxophonist Jimmy and keyboard player Matt have all enjoyed considerable success performing as part of various line ups.

Setting themselves apart from every other band on the circuit, The 94s’ all-star lineup has impressed even the most discerning of music enthusiasts. Performing a show that is packed with energy and excitement, their performance promises to be a fun-filled evening that is unrivalled in its musical virtuosity.

Due to their act’s success, The 94s have become a popular choice performing as wedding entertainment and corporate entertainment alike. The group’s live music continues to capture the imagination of their audience, helping them to establish themselves as one of the most sought-after live bands in the country.

Having amassed a loyal following amongst music fans, The 94s are sure to deliver a show that will take your breath away. As such, the band are the perfect booking for a wide array of events.

If you would like to book The 94s as the party band for your corporate events, wedding, music venue, product launch or private occasion, contact the Champions Music and Entertainment agency via agents@championsukplc.com. Alternatively, speak to a member of the management team directly on 0207 078 78 76. 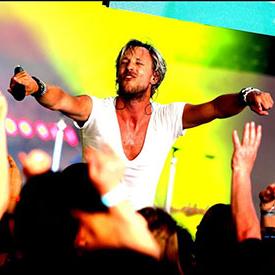