Pie Shop bring crazy rock energy to all events and have performed for audiences across the UK. Book this incredible rock band now to astound your audience.

Pie Shop is a popular rock band from Aberdeen. Masters of all events, these talented musicians have a reputation for delivering scintillating versions of some of the most thumping rock songs ever. These rock gods are large and in charge and will have your guests rocking the night away.

Pie Shop consists of four talented artists. Lewis Craddock leads the band on vocals providing a stunning vocal range. He oozes cool and is the quintessential frontman for these rock heroes. Brian Massie takes up the lead guitar role and astounds with his virtuosic guitar skills. Neil McHaffle provides the familiar warmth of the bass guitar and backing vocals. Neil is the backbone of the group and keeps the grooves going with slaps, taps and picks. Andy Thompson rounds out this band on the drums. Andy cuts a wild figure behind the skins and brings incredible beats and energy to this rock quartet.

Pie Shop was originally founded to play only one gig, but after receiving rave reviews, they decided to see where their experiment would take them. Thankfully, the gamble paid off and now this talented band travel up and down the country performing rock music spanning five decades. Their success is in no small part due to their shared mindset of playing what they want to play. Andy Thomson sums up this mantra best when he says:

“It was about playing what we wanted to play, not what the crowd might want to hear. If the crowd like it, that’s a bonus for us. We had all spent years in other bands trying to please others and you end up never pleasing everybody anyway.”

Pie Shop is also renowned for creating the music behind the fictional band Love Fist on the hugely-popular Grand Theft Auto: Vice City. Sold to over 125 million gamers worldwide, their tunes have been loved across the globe as the crude and crazy tongue-in-cheek band.

Pie Shop clearly enjoy what they do and this feeling always migrates to their audience, leaving anyone who sees them live almost breathless by the end of the performance.

To book Pie Shop as the rock band for your next birthday party, corporate events, live gig or public appearance, contact the Champions Music and Entertainment agency via email at agents@championsukplc.com. Alternatively, call a member of the management team directly on 0207 078 78 76. 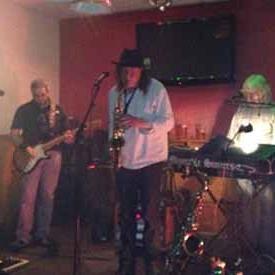 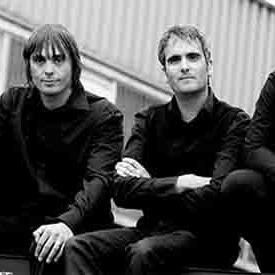 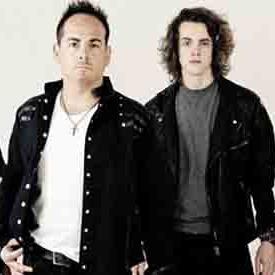