Anthony Hilton is one of the longest serving European business journalists.

Anthony moved to New York for the Sunday Times in 1979, returning to become a City Editor of the Times in 1981 and moved to the Evening Standard in 1984 where he has served as City Editor, Managing Director and currently as Financial Editor.

A multiple award winner for his journalism he has been shortlisted for Editorial Intelligence Economics Commentator of the Year Awards and was shortlisted for the National Newspapers’ Business Journalist of the Year award. Previously he collected the Journalist of the year award from the British Insurance Brokers Association, a lifetime achievement award from the ABI, and the Headline Money Outstanding Achievement award

He began his public speaking career when he worked for three years as an economic commentator for Channel 4 on The Business Programme in the late 1980s and subsequently went on to devise and co-present the Stocks and Shares Show for ITV. Currently, he is the finance and business commentator for the Evening Standard and a weekly columnist for The Independent.

Unusually for a journalist, he has also had a successful commercial career, being involved with the launch of several magazine and publishing companies, serving as a non-executive director of a Lloyd’s insurance company and a management consultancy and serving for six years as chief executive of the Evening Standard and a director of Associated Newspapers Ltd, owners of the Daily Mail.

"He really knew his stuff and did well to engage with the audience." - LV (Liverpool Victoria)

"Anthony is a great speaker - both knowledgeable and easy to work with. He also went down very well with our audience." - CIMA

"Covered everything as briefed, and was warm, humorous and very professional. Easy to work with. Absolutely recommended." - HBAA

If you need any advice or guidance, or if you have a question about Anthony Hilton or any of the finance and future trends speakers on our website, don’t hesitate to give a member of the management team a call on 0203 793 40 42 or send us a message via [email protected]. 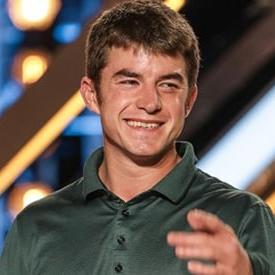