English electronic music act Basement Jaxx are one of the most iconic musical acts ever to have come out of the country.

If you’ve been anywhere near a dance floor in the last 15 years, you’ve probably moved your feet to the music of Basement Jaxx. One of the most iconic dance music duos ever to have come out of the United Kingdom, Basement Jaxx are pioneers in the international electronic music scene. Their phenomenal debut album Remedy was hailed as one of the most significant records of the 1990s, having influenced a variety of artists from a diverse range of genres. Simon Ratcliffe and Felix Buxton, the faces behind the Basement Jaxx duo, originally met in a pub in Clapham.

Following their common interest in American house music, the two soon began to produce music together. The duo's first release, EP1, earned them early recognition as an up and coming electronic music act. Soon after, the duo began to hold a regular club night in Brixton. In doing so, their events saw the appearance of a number of well-known acts, including Daft Punk and DJ Sneak. The duo's first full-length release, Remedy, produced a number of popular singles. The group's track Red Alert was featured in commercials by Coca-Cola and Nickelodeon, as well as in the film Bend It Like Beckham.

Further singles from the album, including Bingo Bango and Rendez-Vu performed well commercially. The group's follow-up release Rooty produced further hits. Where's Your Head At, one of the album's many standout tracks, received considerable attention internationally. As a result, the track was featured as the soundtrack for Lara Croft: Tomb Raider, a film starring Angelina Jolie. In addition, the group soon followed up their second release with a third one; Kish Kash.

A compilation album, The Singles, soon followed suit. The group's distinct musical style was prominent throughout their releases, separating them from many popular EDM artists. Following up their musical repertoire with several more releases, the electronic music makers have continued to dominate charts and dancefloors alike. As a result of their success, the duo has picked up two Brit Awards and a Grammy.

In addition, Basement Jaxx have also come to collaborate with some of the biggest names in music, including Justin Timberlake, Missy Elliott and N*E*R*D. Their success is further proven through the continued popularity of many of the group's songs, with Flylife, Do Your Thing, Jump 'n Shout, Where's Your Head At, Plug It In, Bingo Bango and Romeo all enjoying appreciation in today's world of music.

Contact Champions Music & Entertainment to enquire about hiring Basement Jaxx today. Get in touch by calling us on 0203 7934 042 or by emailing [email protected] now. 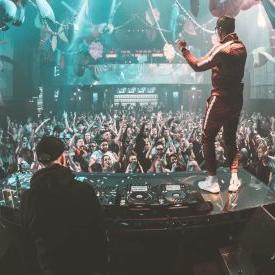 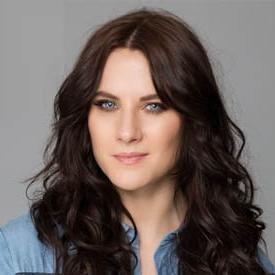 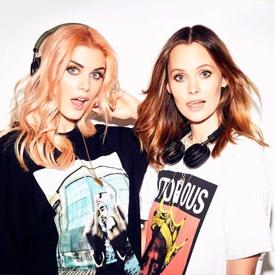