Award-winning magician, Ben Hart, exploded onto the scene in 2014 following his show, Killer Magic, on BBC Three. Ben boasts a truly exceptional career, including both his initial success and the recent 2019 Britain's Got Talent live Semi-Finals. The perfect accompaniment for a wide range of events, his slick magic and exceptional illusionism will have all audiences on the edge of their seats.

Ben Hart, an award-winning magician, is no stranger to the stage. Since Ben burst onto the magic scene in 2007, he has defined modern illusionism, adapting classic tricks to fit his inventive style of magic. As if he has stepped out of a Harry Potter novel, Ben's "Mad Scientist" methods keep audiences watching his every move. And yet, he continues to fool every person he performs to. Ben's first major role was as the writer and star of Killer Magic, a hit BBC Three show.

The programme was awarded Best Non-Competitive Reality Show from the 2014 National Reality Television Awards, for its unique portrayal of magic tricks. This was followed by a string of other equally as popular shows, including Ben Hart's Life Hacks, Ben Hart's Life Hacks with The Voice and Now You See It, as well as the children's show, The Sorcerer's Apprentice. One of Ben's most prominent achievements includes creating the "world's first 360 magic trick".

Using a virtual reality headset and the latest smartphone technology, he broke the barriers between audience and magician, truly reflecting his skill as a performer. Viewers we were given a backstage pass to the trick so they could see exactly how it was done, and experience the magic of, well, magic for themselves. In 2019, Ben auditioned for Britain's Got Talent. He was described by David Williams as "the living embodiment of magic", so it is no surprise that Ben soared through to the semi-finals and even returned for the second series of BGT: The Champions.

Ben's additional media appearances include his premiere at the Edinburgh Festival Fringe and various theatre performances, like The Outsider (2013), The Vanishing Boy (2014), Belief? (2017), The Nutshell (2018 and 2019). Ben is also a magic consultant, who has created magic tricks and special effects both on and offscreen - from The Exorcist to The Egg Trick starring Ian McKellen. With such a prolific career, Ben has been awarded numerous accolades, including The Magic Circle's Young Magician of the Year in 2007, The Magic Circle's Marvin Rising Star 2018 and The Magic Circle's Irving Schneider Award Scholarship.

Contact Champions Music & Entertainment to enquire about hiring Ben Hart today. Get in touch by calling us on 0203 7934 042 or by emailing [email protected] now. 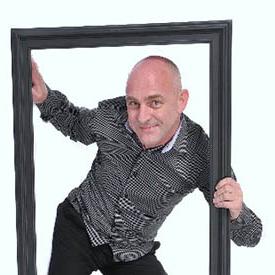 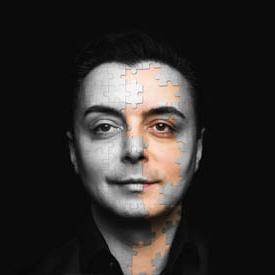