Bruce Thompson is one of today’s rarest types of entertainer – he is a one-man band.

Bruce has managed to take a seemingly outdated mode of entertainment and make it his own, still going strong and delighting audiences more than 40 years later with an unbeatable mix of comedy and musical talent.

Bruce Thompson got his big break when appearing on the top two TV talent shows of the 1970s Opportunity Knocks and New Faces. He then went on to be a regular contributor to the highly popular children’s programme Tiswas featuring Chris Tarrant and he frequently worked as the warm-up act in various TV studios.

Other TV appearances include Play School, Little & Large, The Two Ronnies, The Big Breakfast, The Generation Game, Zig & Zag, Blankety Blank (four series), The Tom  Show, Today with Des and Mel, Eggheads, Every Second Counts (two series), The New Variety Show, The Priory, Let Me Entertain You, The One Show and The Weakest Link.

Bruce even got himself a recording contract, was featured in a TV advertisement for Kellogg’s breakfast cereals and had his music played on BBC Radio during the 2012 Olympics in London. For four years the entertainer was support act to the comedian Jethro on various nationwide tours.

These days, Brucie is in huge demand, especially on the cruise liner circuit where his brand of personal interaction with audiences works so effectively.

To book the one-man band Bruce Thompson as the entertainer for your next event, contact Champions Music & Entertainment by completing the online form or calling 0203 793 40 42. 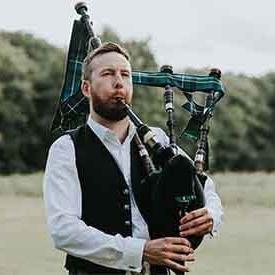 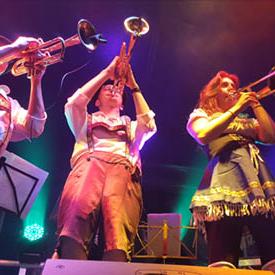 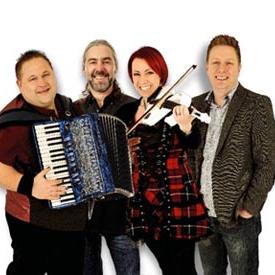