Carol Decker is a famous singer and songwriter of the pop sensation T’Pau. Carol fronted the 11-time chart-topping supergroup, who had three top 10 hits. She has since gone it alone, proving her immense talent as a solo vocalist.

Carol Decker was born in Huyton, Merseyside before moving to Wellington in Shropshire. A talented singer from a young age she formed T’Pau with guitarist and fellow songwriter Ron Rogers in 1986. Originally named Talking America, the pop-rock band changed their name to T’Pau after a Vulcan elder in the sci-fi series Star Trek. Success came early to the band with the release of the single ‘Heart and Soul’ in 1987. The single failed initially in the UK but was picked up by Pepe Jeans for a commercial.

The increased exposure saw the single hit number four on the US Billboard Hot 100 chart and UK singles charts.

Their follow up single ‘China in Your Hand’ was a huge success in the UK spending a total of five weeks at number one on the singles charts. These early successes saw the band release their debut album Bridge of Spies to huge support. The album went quadruple platinum and featured a total of five hit singles including ‘I Will Be with You’, ‘Sex Talk’, and ‘Valentine’. Their second album, entitled Rage, was released in 1988. Peaking at number four in the UK Album Charts it also achieved platinum status and featured the charting track ‘Secret Garden’.

Their third album The Promise was released in 1991 peaking at number 10 in the UK. Certified silver the disc featured the top 20 hit ‘Whenever You Need Me’. Carol has managed her time as a solo artist alongside her band’s career developing a name for herself on screen and stage. She has appeared on television shows including Hit Me, Baby, One More Time, Trigger Happy TV, and the BBC’s prime time show Just the Two of Us.

Carol has also trod the boards at the Albery Theatre (Noël Coward Theatre) in London in the play Mum’s the Word. Her breadth of entertainment is astounding making her a rare talent capable of wowing audiences across the world. Book this talented singer and songwriter now to add a real star quality to your next event. Whether you wish for Carol to perform at your gala dinner, award ceremony, corporate events, concerts or music festivals, she is ideal to impress at all manner of events.

Contact Champions Music & Entertainment to enquire about hiring Carol Decker today. Get in touch by calling us on 0203 793 4042 or by emailing [email protected] now. 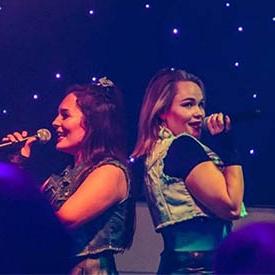 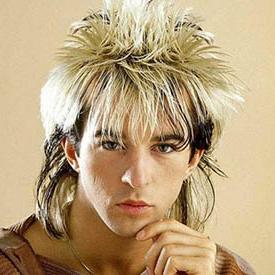