For the discerning Robbie Williams fan, Chris Campbell truly is the ultimate tribute act. Throughout his career, Chris has found recognition as a sound-alike performer.

His ten years’ worth of experience has enabled Chris to nail Robbie’s swagger, sound, energy and charm. For that very reason, Chris has entertained crowds as Robbie all around the world.

Having amassed vast experience performing all of Robbie’s best-loved hits, Chris Campbell’s performances see him pull out all the stops. His setlist contains a number of Robbie’s well-known songs, including Let Me Entertain You, Angels and Rock DJ. In addition, Chris is also well-versed at performing some of Robbie’s more recent material, including songs such as Bodies and You Know Me. Robbie’s days as part of Take That are also paid tribute to, as he incorporates a number of tracks from the Take That era into his performance.

Throughout his musical career, Chris has been afforded the opportunity to tour extensively. As a result, he has embarked on tours of Japan, Germany, Switzerland and Italy. Chris has also enjoyed popularity performing for corporate events, weddings and private occasions. In doing so, he has made sure to tailor his show to a number of different requirements, presenting his wonderful show alongside a live band or backing dancers. In addition, Chris’ flexibility as a performer has also seen him vary the length of his set depending on the requirements of the specific event.

To this day, Robbie Williams continues to be one of the most successful singer-songwriters ever to have come out of the United Kingdom. As a result of his widespread success, Robbie remains the best-selling British solo artist in the country. Almost all of Robbie’s studio albums have gone on to reach the number one spot in the United Kingdom, as well as performing well internationally. In 2006, he set a world record for selling over one and a half million tickets for his Close Encounters Tour in a single day.

Over the course of his colourful career, Robbie Williams has treated audiences to a vast number of memorable songs. Some of his best-known songs include She’s the One, Candy, Come Undone, Something Beautiful, Shame, She’s Madonna and Sin Sin Sin. Many of his songs have since become ingrained into our collective memories, proving Robbie’s ability to continually deliver hit songs.

A talented performer in his own right, Chris Campbell’s Robbie Williams show is not to be missed. Given his impressive track record, the stage is set for him to entertain your crowd - whatever the occasion.

If you would like to book Chris Campbell’s Robbie Williams tribute act for your corporate entertainment, wedding entertainment or private occasion, contact Champions Music and Entertainment via [email protected]. Alternatively, speak to a member of the management team directly on 0203 793 40 42. 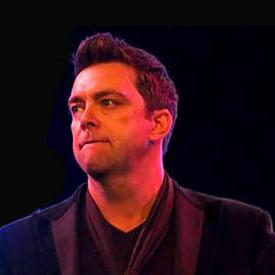 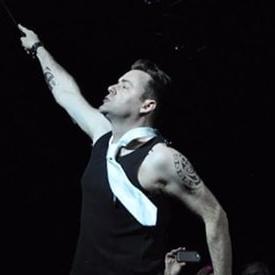 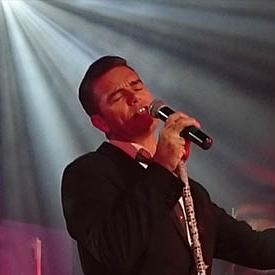