Live magic is one of the most mysterious and exciting artforms around, continually intriguing audiences around the world. Having started practicing the art of magic at an early age, the brilliant Chris Dugdale has risen through the ranks of the discipline to become one of the country’s most famous magicians.

Impressing audiences wherever he goes, Chris’ awe-inspiring tricks are sure to leave the audience gasping for air. During the early stages of his magical career, Chris’ incredible skills as an illusionist saw him enter the illustrious Magic Circle at just 18 years old. Continuing to build up his repertoire, Chris developed a mastery of his mysterious craft. At his best in the public eye, Chris’ first television appearance saw him perform his act on Blue Peter, which at its peak had a viewing audience of six million people. Since then, Chris’ career has very much taken off.

Chris’ magic show has seen him perform for a vast array of notable audiences. Apart from performing for The Queen, Chris also entertained audiences at the United Nations in New York, where he impressed the likes of Angelina Jolie. Racking up over 5000 performances over the course of his career, Chris has also entertained the 1970 Brazil World Cup team and football fans at the UEFA Cup Final. A massive hit with those lucky enough to have seen him perform, Chris has been favourably reviewed by Pulse FM, ITV, The Stage, LBC Radio, Gary Rhodes, Penn and Teller, Jimmy Page¸ Simon Cowell and Roger Moore.

Demonstrating his unrivalled wizardry at a wide variety of occasions, Chris has found considerable popularity performing for corporate events, festivals and private occasions. An immensely talented corporate magician, Chris’ performances are sure to keep corporate audiences guessing. Pulling off jaw dropping tricks with an incredible ease, his act is an absolute delight to witness.

Chris’ passion for his craft is unmatched. A respected lecturer and author on the subject of magic, he co-authored one of the leading guides to close-up magic – Close-Up Success. In addition, he also authored his very own book on the topic – Sleightly Dishonest: Tales and Observations from A Globe Trotting Magician. A multi-talented entertainer, Chris has had his own television special and has supported a variety of top rock bands. Furthermore, Chris has also enjoyed popularity in Hollywood, working as a magician, actor and magic consultant at the very heart of American show business.

Having enjoyed massive success as a magician for hire, Chris Dugdale is the perfect booking for a wide variety of events. With years of experience behind him, Chris continues to carve out a successful career at the forefront of live magic.

"Dugdale is a charming, captivating showman and a natural entertainer who will keep you enthralled from start to finish!" - BroadwayBaby

"The act was absolutely fabulous and superbly entertained our guests, and made the night an evening to remember!" - Sarah, Duchess of York

"Watching Chris perform is an experience you will never forget. There is no other, and I mean no other magician like this man." - Gary Rhodes

If you would like to book Chris Dugdale as the magician for your corporate entertainment, festival or private event, contact the Champions Music and Entertainment agency via [email protected]. Alternatively, speak to a member of the management team directly on 0203 793 40 42. 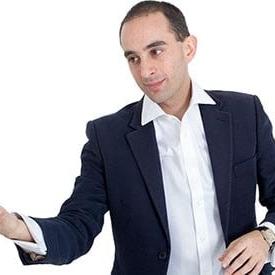 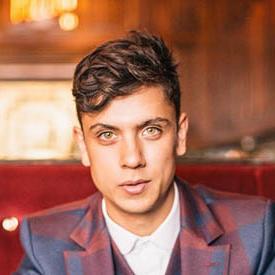