Stand-up comedian Daliso Chaponda has become a sought-after name in comedy in the past two decades. But it was his 2017 Britain's Got Talent performance that really earned him a reputation on the entertainment scene.

Hailing from Malawi, Daliso Chaponda fled with his parents as a refugee and moved to various countries across the world. In 2001 he kickstarted a comedy career in Canada where he became a fixture of open mic and club nights on the comedy circuit. By 2006 he was opening for some of the biggest stars in comedy including John Bishop. This opened further opportunity for Daliso and by 2008 he was playing for hundreds at the Edinburgh Festival Fringe. Before the overnight fame he received in the UK following his talent show appearance, Daliso had been racking up appearances at live comedy venues across the country and abroad. His incredible live show was lapped up by audiences and judges on the television talent show and he won the golden buzzer to instantly make him one of the Britain's Got Talent finalists.

He joined up with BBC Radio 4 for new series, Daliso Chaponda: Citizen of Nowhere following his resounding success on Britain's Got Talent. This lead to his first comedy world tour of his show, What the African Said... in February 2018. An expert in the field of comedy, Daliso has entertained at all manner of events over the years, be it private parties, corporate events, gala dinners or other event entertainment. Daliso compounds hilarious observations, quick wit and self-deprecating humour for genuine laughs at events and on television. His distinctive voice adds to his gratifying act.

A quality comic with a charm and unique style, Daliso executes his show with up-to-date, original jokes. His humour is appealing to a wide range of audiences and has been suited to intimate gigs and larger broadcasts. His genuine personality sees him incorporate edgy yet fresh and light-hearted comedy. He has crafted intelligent material that is capable of engaging all manner of crowds. He has acquired a loyal following over the years, with his passionate and potent live shows proving to be just the right remedy following a week at work. Meticulous in his work, forward-thinking and wonderfully adept, Daliso commands an audience with an unerring ease. Few comedians are as gifted as him and his exceptional on-stage mastery has become a common and entertaining theme at events.

Contact Champions Music & Entertainment to enquire about hiring Daliso Chaponda today. Get in touch by calling us on 0203 7934 042 or by emailing [email protected] now. 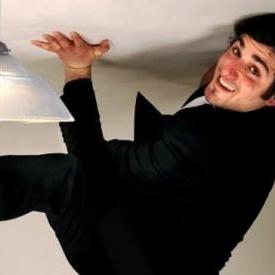 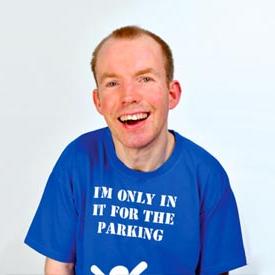