Dusty Young is one of the world’s favourite Irish comedians and entertainers. He has a remarkable talent to hold an audience and has had significant success on television and at events of all kinds.

There are few comics on the circuit with the same stage aptitude and talent as Dusty Young. The superstar Irish comedian and entertainer has a signature style and charisma that has captivated audiences across the UK and abroad for decades.

Dusty Young’s wit and comical genius make him an ideal personality for corporate and private events. Equally at home performing a stand-up set or acting as an event host, the veteran Dubliner has extensive experience that will ensure your event is a resounding success.

Dusty started off as a big band musician in Ireland and is now one of the top Irish comedy speakers in the world, as well as an accomplished singer and musician in his own right.

Renowned for his self-deprecating comedy, mixed-up logic and wholesome, clean humour, Dusty is great for corporate events and has entertained guests for major corporate clients including the CBI, FTA, the Institute of Chartered Surveyors, Insurance Institutes and many more.

In addition, he has worked at Wembley Stadium for the FA Cup, the League Cup Final and the Rugby League World Cup Final. He has also worked at Aintree for the Grand National.

The veteran comedian is a regular performer at some of the country’s biggest football clubs, having plied his trade at Manchester United, Liverpool, Arsenal, Blackburn Rovers and Nottingham Forest.

You may remember Dusty from the television show Comedians on Granada Plus and his own special called Stand and Deliver on Sky One. He has appeared in Sherlock Holmes on Granada and Afternoon Theatre on BBC Radio 4.

Dusty Young is a sensation who delivers marvellous material, complete with cutting, quick one-liners and an utter charm which breaths a confidence and infectious energy. His act is fun-filled and exhilarating from start to finish - there is barely enough time to catch your breath between his side-splitting joke telling. The Duke of Westminster said of his act:'Very funny, I enjoyed that.'

Much of Dusty’s comedy material has been released on audio and video and has proven a consistent bestseller, entertaining many thousands of people across the British and Irish Isles. The veteran comedian lives by the mantra:‘Don’t take life too seriously because we won’t get out of it alive anyway.’

Book comedian Dusty Young as the stand-up act or after dinner entertainer for your corporate and sporting events. Simply contact the Champions Music & Entertainment agency via [email protected] or speak to a member of the management team directly on 0203 793 40 42. 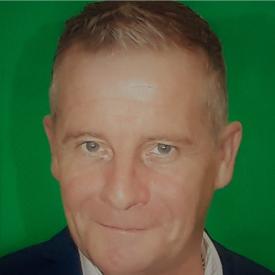 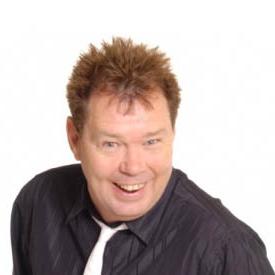 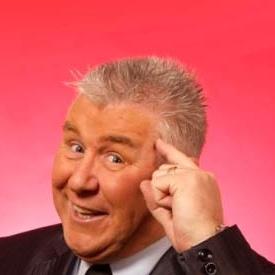