The Fatback Band are a leading funk and disco band, who rose to fame and popularity in the 1970s and 1980s. Continuing to perform, Fatback Band completed live concerts and festivals in London in 2019, with their 2020 tour unfortunately cancelled due to the Covid-19 pandemic. Having reached the Top 30 on the US Billboard R&B Chart and named as the Best Soul Concert of 2013, Fatback Band is a hit with audiences of all kinds singing their songs such as Gotta Get My Hands on Some (Money) and Backstrokin.

Fatback Band is a leading American band, who specialise in funk and disco, first rising to fame in the 1970s and 1980s. Continuing their popularity well into the 21st century, Fatback Band has reached the Top 30 of the Billboard R&B Charts and toured the UK at festivals and concerts back in 2019. After their 2020 tour was cancelled due to the Covid-19 pandemic, the band are eager to continue entertaining listeners and perform across the country at events with their songs such as I Found Lovin and (Do The) Spanish Hustle.

Back in 1970, experienced session drummer Bill Curtis had a brainwave to merge jazz beats of New Orleans to create a fresh new funk band. Enlisting Johnny King, Earl Shelton, George Williams, Gerry Thomas and George Adams, the Fatback Band was created. Signed to Perception Records, Fatback Band released the single Street Dance which reached the Billboard R&B Top 30. They have also since been signed to Event Records and Polydor, releasing more songs such as Keep On Steppin, (Are You Ready) Do the Bus Stop and Double Dutch. The band has also achieved significant success and popularity in locations such as Brazil, proving their dominance as a global band.

For the past four decades, the Fatback Band have revolutionised dance, R&B, rap and soul foundations for generations to come. Recognised as the Best Soul Concert in 2013, the band now has 35 albums of original songs encompassing various styles such as disco, jazz, soul and funk. Today, the band consists of members Bill Curtis, Ed Jackson, Zachary Guinn, Isabella Dunn Gordon, Darryl McAllister, Ledjerick Todd Woods and Marell Antwon Glenn and they continue to perform at events across the country.

A famed disco and funk band, Fatback Band are now in high demand to perform at a variety of private and public events. In past years, Fatback Band has performed at everything from bar mitzvahs to weddings in venues of all sizes. They have also performed at top concerts and festivals such as Southport Weekender and The Glastonbury Festival. Further afield, the band have performed at WOMAD in Spain and at The Italy Funk Fest. Booked to perform their top hits such as (Are You Ready) Do the Bus Stop and Double Dutch or King Tim III (Personality Jock), considered to be the first commercial rap single, the Fatback Band is the perfect addition to your next event.

"The band were nothing less than superb and were very much enjoyed by all,there was no room on the dance floor all night!even when we had one or stage invaders the band took it in their stride with a smile on their faces! After the show we went backstage and met all the band who were absolutely charming and happy for pics and selfies etc to be taken!" - Stephen

Contact Champions Music & Entertainment to enquire about hiring Fatback Band today. Get in touch by calling 0203 7934042 or by emailing [email protected] now. 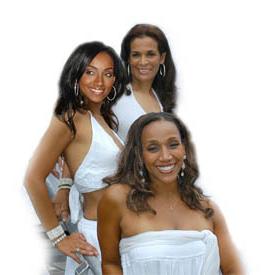