Fogwell Flax is a hilarious and unique British comedian and voice artist, known for featuring on some of British TV's greats, such as Tiswas and The Generation Game.

Foggie was born and grew up in the UK in the city of Liverpool, and after sixth form college, worked at the Royal Liverpool Children’s Hospital. While there, he became lead singer with popular Liverpool band Mercury, and when they split up, a very successful musical comedy duo was eventually formed and was called Union Jack, with Foggie on bass and his good friend Mick Woolley on guitar. They won their heat of TV’s famous talent show New Faces but not the final. After a busy period following that TV exposure, Union Jack came to an end, and Fogwell "Foggie" Flax began. Soon after, Foggie won LWT’s talent show Search For a Star outright, and in his heat scored maximum points from every regional judging panel, the only act ever to achieve this in the three series of that show. He was outright winner of the final, where he also received maximum points from four out of the five judging panels.

He was a resident panellist for two years on LWT’s popular Saturday night quiz Punchlines, followed by 24 weeks as co-presenter on Central TV's legendary live Saturday morning show Tiswas. Other TV followed, including Saturday Starship & No 73 for Meridian, 3-2-1 for YTV, and Make Me Laugh for Tyne-Tees TV. For the BBC, Foggie has appeared twice on Children In Need, and twice on The Generation Game. He appeared on the National Lottery Big Ticket Show, and Sky TV’s Who Do You Do? series showed off his uncanny skill for impersonating everything from famous celebrities, to cartoons, trains, and even washing machines! He provided voices for Central TV’s satirical puppet show Spitting Image.

As well as hosting award shows, he is no stranger to voice-over studios, where he has provided amongst others, the voice for Merlin the Wizard in the finale of Olympia’s Horse Of The Year Show, clones of Casper’s friends Fatso and Stretch for an award-winning show in Dubai, and was for nine years the voice of Haven/British Holidays’ kids club host Bradley Bear, as well as Bradley's friends Naughty Ned and Merlin. He is no stranger to cruise work, and on Ocean Village he regularly had his very own chat show called ‘Up Close And Personal’, interviewing many famous UK celebs. He now regularly works with great success for many of the world's top cruise lines. In addition to his highly-original style of comedy, he is also a sensational singer both in his own right, and in impression mode as the voice of many famous vocalists.

In relation to this he performs an exceptional Multi-Tribute vocal impressions show called 'Voices', which includes songs sung in the style of Michael Bolton, Neil Diamond, Joe Cocker, Rod Stewart, Paul McCartney, Bryan Ferry, Michael McDonald, John Denver, The Stylistics and Bryan Adams (to name but a few). He also performs a full Tribute Show to the music of Sting and The Police. He lived on the beautiful Spanish island of Mallorca for ten years, but has returned full-time to the UK and now lives on the edge of the Peak District National Park in East Cheshire. Away from the crowds, he enjoys playing guitar and piano, and writing songs and music. He has an especially keen interest in history and archaeology, including the occupation of Britain by the Romans, and in particular their astounding road-building legacy.

Contact Champions Music & Entertainment to enquire about hiring Fogwell Flax today. Get in touch by calling us on 0203 7934 042 or by emailing [email protected] now. 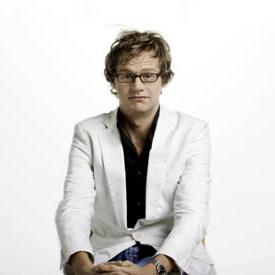