Go West is an award-winning pop duo with a global fanbase. They continue to bring their well-loved synth pop showcase to audiences and make for perfect entertainment at your events. In a 40 year spell in the pop sphere they have won a Brit Award, an ASCAP and had a range of hot 100 hits, including some best sellers.

Go West’s popularity soared in the 80s following their 1985 debut release, We Close Our Eyes which went to number 5 in the UK Singles Chart and US Dance Club Play Chart and reached number 41 on the US Billboard Hot 100.

The pop duo’s eponymous debut album also included songs, Call Me and Don’t Look Down. The video for the We Close Our Eyes song became a popular fixture on MTV and helped to earn them the prestigious gong of Best Newcomers at the 1986 Brit Awards.

Their success, both in the UK and US saw their tracks pick up traction when they were used for a host of movies. Their hit, One Way Street was part of the Rocky IV soundtrack. Don’t Be Afraid of Your Dreams featured in the film A Nightmare on Elm Street 4: The Dream Master during the closing credits.

Peter Cox and Richard Drummie make up the pop band. The dynamic duo performs in their signature fun and lively style on stages to electrify crowds. They now appear regularly at arenas, festivals, holiday resorts and the hottest venues throughout the UK.

In 1990, Go West scored a top 10 US hit with King of Wishful Thinking from the film Pretty Woman. The track was written by Cox and Drummie in collaboration with Martin Page. In 1991, the song received an ASCAP award for being one of the most played songs in America.=”united>

The famous band’s prowess grew as they made further releases such as the Indian Summer album, which included Faithful, another hit in the US, peaking at number 14, and a UK hit, peaking at number 13. This track received airplay recognition awards in the US in both 1992 and 1993.

Their most recent album, something of a homecoming for the 80s band; 3D was released as a three-part series of EPs in 2010, 11 and 13. In November 2015, a compilation album called 80’s Re:Covered featured two Go West covers of The Killers song Human, including a remix.

Recently Go West has inspired audiences as corporate entertainment for private parties and events, they are available as a wedding band or party band.

To book Go West for your private or corporate events or for any queries regarding famous bands, simply contact the Champions Music & Entertainment agency via [email protected] or call a member of the management team directly on 0203 793 40 42. 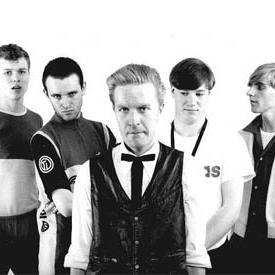 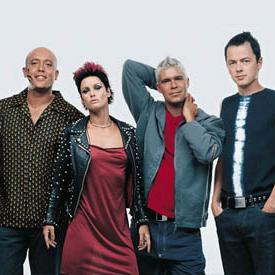