Jaguar Skills is a British DJ who since 2002 has performed multi-genre, cut-n-paste style Djing mixes. The DJ has released hundreds of mixtapes through various outlets, including BBC Radio 1 and BBC Radio 1Xtra and has a weekly 10-minute mix on The Trevor Nelson.

In 2002 he started DJing at East London arts bar Dream Bags Jaguar Shoes. From this, fashion label Maharishi asked him to produce a mixtape CD. The 60-minute CD was created, looped, produced and cut on 2 mini Sony Walkman. Over the next few years he played at several venues in London. Jade Jagger invited Jaguar Skills to become a resident at her Jezebel parties in Ibiza, Russia and Hong Kong. After producing "We Love You" for US rapper Lupe Fiasco, Jaguar Skills put out the mixtape 1979–2006: A Hip-Hop Odyssey – 800 Tracks in 45 Minutes. In it he mixed every hip-hop hit from 1979 to 2006, playing them in order of their release. It was played twice in a row on MistaJam's BBC Radio 1Xtra show, and Radio 1 presenter Colin Murray split the mix up, playing a part of it each week on his show for 10 weeks. In addition to the weekly 10 Minute Mash-Up Mix for The Trevor Nelson Show, Jaguar Skills also had a quarterly "In New DJs We Trust" slot on BBC Radio 1.

His 30 years of Hip Hop mix was included in Radio 1's hip-hop celebrations. Radio 1 continued to promote Jaguar Skills as he completed his "Gaming Mix", mixing retro game tunes with works of recording artists. Other notable mixes also include his "History of DnB" mix and also a "History of Ayia Napa" mix on Radio 1. Island Records subsequently requested a mix for their artist Devlin. He was commissioned to remix and produce a Renault Clio advert soundtrack, and also received the Gold Award 2010 at the New York Radio Awards for his BBC World Cup Mix. In 2011 he releases his first major mix compilation on Toolroom Records. The Toolroom Knights Mixed by Jaguar Skills CD.

He has also released two mix compilations for Ministry of Sound, the Jaguar Skills & His Amazing Friends Volume 1 and Volume 2. Jaguar Skills has played at many festivals. In 2013 he introduced a 'live' show which comprised graphics and large interactive stage props. At the end of 2013 Jaguar Skills was signed to Global Radio, with his Jaguar Skills Shooooow launching on Capital XTRA on Fridays and repeated on Capital FM on Saturdays. In 2014 he released a one-off project with him moving into hip-hop, working with US label, Nervous Records' hip-hop back catalogue.

The compilation features 65 tracks, remixes and acappellas. Jaguar Skills reconstructed and remixed every track that features on the compilation from the original Nervous 24 track master tapes, using the same raw production techniques so as to retain the character of the original versions. This led Def-Jam to ask Jaguar Skills to mix their entire catalogue, resulting in 30 Years of Def Jam. In 2014 Jaguar Skills worked as a producer on an EP with Chords on Andy C's RAM Records. The track "Lust" was released in October and was premiered by MistaJam on his BBC Radio 1xtra show where Jaguar Skills gave his first radio interview. He also premiered a "60 minutes of RAM" on the show, featuring only music from the imprint's back catalogue. After supporting The Prodigy at Ushuaia in 2014, they asked him to remix "Roadblox", the fourth single from their album The Day Is My Enemy(2015).

Listen to Jaguar Skills on Soundcloud:

Contact Champions Music & Entertainment to enquire about hiring Jaguar Skills today. Get in touch by calling us on 0203 7934 042 or by emailing [email protected] now. 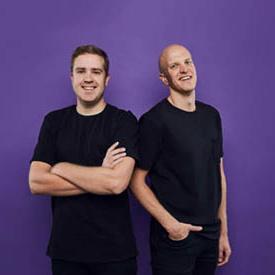