Popular actress and former radio host, Jameela Jamil, is a natural on stage. As a DJ, she will connect with audiences young and old through her music, to ensure a truly unforgettable experience, while her role as a celebrity personality serves to entertain guests. An award-winning individual, her recent accolades include a 2020 Shorty Award.

As both a presenter, activist, and entertainer, Jameela Jamil has become a household name. Her recent onscreen appearances include The Good Place, while Jameela’s former role as a radio host on Radio 1’s Official Chart Show established her as a talented DJ at events. The perfect celebrity personality for a wealth of roles, your entertainment is in safe hands with this mainstream star.

Taking to the airwaves in 2012, Jameela changed the landscape of radio when she became the first solo female presenter of the Chart Show, and host of The Radio 1 Request show with Jameela Jamil. With her upbeat personality, natural confidence and talent with the tunes, audiences could not get enough of Jameela’s shows, which also include co-hosting The Official Chart Update with Scott Mills.

As an event DJ, she will perfectly complement the theme, tone, and target audience of your occasion, ensuring that guests come away entertained. With Jameela’s background in radio and natural proficiency for remixing music, she is sure to supply a smooth, seamless experience. Additionally, thanks to her celebrity status, your guests will be utterly starstruck by Jameela, which ensures that your event is truly unforgettable.

In 2008, Jameela appeared on E4’s Music Zone, before presenting on T4 only a year later. Audiences instantly gravitated towards her high-energy personality, resulting in a co-host role on Freshly Squeezed and The Closet in 2010. Before joining the Radio 1 team, Jameela hosted Playing it Straight in 2012, a popular reality show. When booked for events, audiences will instantly recognise this media sensation from her countless onscreen roles.

Jameela tested her skills in 2016 when she joined the cast of The Good Place. Her first foray into acting, she made an instant impression on the producers and audiences alike. Later supplying voice-over for DuckTales, Jameela also played Auntie Pushpa in Disney’s Mira, Royal Detective, released in 2020. Whether audiences recognise her from The Misery Index or her podcast, I Weigh with Jameela Jamil, this media sensation is sure to be a hit at events. 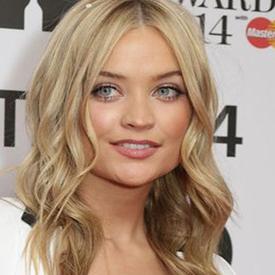