Jed Stone is a treasured British comedian and compère who has become a major name on the corporate events circuit as well as on TV and more. He's an immensely talented performer.

Jed Stone is a veteran British comedian and favourite within the comedy circuit. With a specialist interest in sports and vast experience in stand-up comedy and after-dinner speaking, Jed is the perfect performer for all manner of events, covering sporting, television, corporate events and wedding entertainment. Jed’s rumbustious act takes audiences through a selection of topics, revealing hilarious punchlines. His quick wit and charisma punctuate his show and make him the perfect on-stage act. He has appeared on numerous comedy television series, including Sky’s The New Comedians and Central TV’s Joker in the Pack. He also won a celebrity episode of The Weakest Link.

Jed has presented a number of television and radio shows, including some of Britain’s biggest sports shows like Match of the Day. Alongside significant television experience, comes a remarkable corporate client list. Jed has performed in front of large audiences at prestigious venues such as the Savoy in London and for some of the biggest names in British popular culture, politics and sport. In his capacity as an after-dinner speaker, Jed has worked alongside huge sporting names such as Mike Tyson, Ricky Hatton and Sir Bobby Charlton and has performed in front of some of the biggest public figures in the world, including Tony Blair and Bill Clinton at the Labour Party Conference in Blackpool.

He had the honour of performing at Dragon’s Den’ Hilary Devey’s wedding at her home and has performed in front of Lord Moynihan and Sir Clive Woodward at the British Boxing Writers Dinner in 2012. Jed’s energy and enthusiasm combined with lightning-quick ad-libs and topical material ensure that every function is always a huge success. One of the most sought-after comedians in the country, Jed works an audience with his incandescent scuffles across the room, meeting people and throwing out one-liners for fun. Jed is unique in that he can turn his hand to anything in comedy, which is why he is hired regularly by some of the country’s biggest corporate firms including The Royal Bank of Scotland, BT, Phones4U, 2BM, and Volvo Trucks to name but a few.

Jed is constantly working to bring the latest and most enticing material to his sets. He is up to date with current affairs and is a strong researcher and writer as well as being a great improviser.

"Thank you for organising Jed he was absolutely perfect. He took hold of the night and ran it as the professional he is!! My guests all commented on how brilliant and so funny he was!!!" - Carl Valente

"Outstanding performance, the comedians normally put me to sleep, but you woke me up!" - Frank Warren, International Boxing Promoter

"You are an extremely funny man, that was a seriously top class speech, I will be recommending you for future work." - Sir Clive Woodward

"We had a really successful night particularly considering it was the first one, Jed picked up the reins like a real trooper, he was excellent and he ran the evening which took a great weight off me. All in all we were very happy, thank you." - Bob Sugden, North Wales Cricket League

Contact Champions Music & Entertainment to enquire about hiring Jed Stone today. Get in touch by calling us on 0203 7934 042 or by emailing [email protected] now. 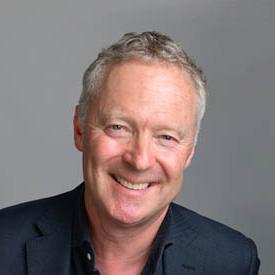 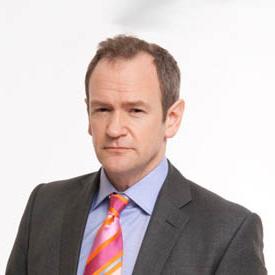