Applying his astonishing guitar skills to the sounds of jazz, Johnny Heyes is an exciting addition to events of all shapes and sizes.

If you’re looking to enrich your event with the sounds of jazz and blues guitar, Johnny Heyes is the go-to performer. Having worked as a session musician alongside some of the biggest names in the business, Johnny’s incredible mastery of the fretboard has seen him become one of the best jazz guitarists on the circuit today.

An incredibly talented jazz guitarist, Johnny has built up an impressive resumé. Having wowed audiences across the United Kingdom and Europe, he has developed an act worthy of some of the greatest names in the business. Over the course of his colourful career, Johnny has performed with the likes of Tony Christie, Snake Davis, Mica Paris, Dannii Minogue and the legendary Errol Brown.

Performing as a guitarist for the Badbone & Co jazz ensemble, Johnny has made features for major media outlets such as BBC Radio 2. As a testament to the group’s success, they won the BBC Jazz Award in 2006, taking first place in the Best Band category. Gaining recognition within jazz music circles, Johnny has performed at a number of iconic jazz events. He has featured as a performer at the Toronto IAJE Jazz Conference and at numerous jazz festivals around the world.

Presenting a live show that oozes style and sophistication, Johnny’s performance makes for the perfect backdrop to a wide variety of events. Impressing crowds wherever he goes, Johnny’s virtuoso skills are a sure-fire way of exciting the audience. Having brought the jazz guitar sound to venues across the country, Johnny is the perfect representative for the excitement of live jazz.

Demonstrating an unrelenting passion for his craft, Johnny is eager to share his musical abilities with younger generations. Working as an accomplished guitar tutor at the Royal Northern College of Music, Johnny was influential in founding the institution’s Session Music course. Drawing on his love for the jazz and blues sound, he continues to deliver guitar masterclasses and workshops, inspiring others to pursue their love of music.

With a wealth of experience already behind him, Johnny Heyes has acquired a reputation as one of the most exciting guitarists in the country today. Continually perfecting his musical craft, Johnny’s live jazz performance is not to be missed. As such, he is the ideal booking for corporate events, wedding entertainment and a wide array of other occasions.

If you would like to book Johnny Heyes as the performer for your next event, contact the Champions Music and Entertainment agency via [email protected]. Alternatively, speak to a member of the management team directly on 0203 793 40 42. 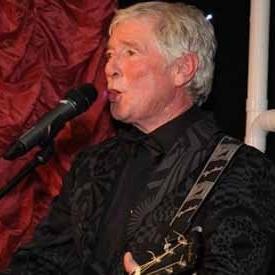 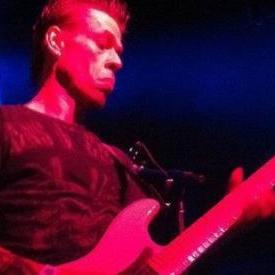