A master illusionist who has studied his craft in detail, Jon Allen’s magical performance is sure to leave your audience astounded.

Having developed a magical act that is uniquely his own, Jon Allen has quickly become one of the most exciting illusionists on the international magic scene. Best-known for having pioneered his own version of iPad magic, Jon Allen’s performance has helped to drive magic forward into the 21st century. Fusing the latest in technology with innovative magic tricks, Jon Allen has worked prolifically as a digital magician. Often incorporating an iPad into his performance, Jon’s act has seen him pull items out of the screen and perform digital magic tricks that must be seen to be believed. Prior to the development of his iPad magic show, Jon had already enjoyed incredible success as a magician.

Having been introduced to the world of music from a young age, Jon’s dedication to his craft has helped him carve out a rewarding career as an entertainer. When it comes to magic, Jon is a true creator. As a testament to this idea, Jon’s performance is entirely composed of his own original magic tricks. Having developed a unique style that sets himself apart from his rival conjurers, Jon has travelled widely to deliver lectures on his incredible performance techniques. Perhaps unsurprisingly, Jon’s work as a magician for hire has seen him make countless appearances at corporate events, as well as achieving significant success working as wedding entertainment.

Drawing delegates in with his impressive stage- and close-up magic, Jon has become a leading corporate magician who has entertained the likes of Mercedes-Benz, Microsoft, Samsung, Renault and Ernst & Young. As a testament to his success, Jon has won a number of coveted awards, becoming the World IBM Close-Up Magic Champion as well as Close-Up Magician of the Year. Enjoying equal success as a wedding magician, Jon’s magical act has been instrumental in enriching the big day of couples across the country.

Performing an incredible array of mind-bending magic techniques, his act’s originality and entertainment value is second to none. One of Jon’s most exciting shows, The Mystery Zone, invites unsuspecting guests into a private room where they are presented with an exhilarating iPad magic show. Guests are then invited to keep the show a secret, helping to create a feeling of anticipation and excitement throughout the event. Jon Allen is without a doubt one of the most creative magicians in the country today. Having delighted audiences across the United Kingdom and abroad, he is the perfect booking for a wide array of occasions.

"Jon Allen is a leading light in the magic world and his amazing effects have baffled me and countless others." - Derren Brown

Contact Champions Music & Entertainment to enquire about hiring Jon Allen today. Get in touch by calling us on 0203 793 4042 or by emailing [email protected] now. 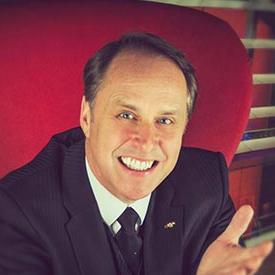 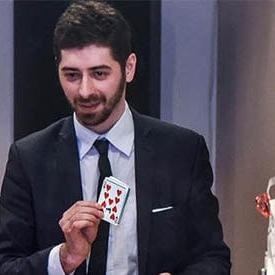 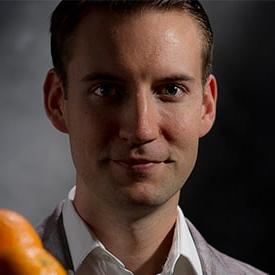