Having risen to fame as a member of the 90s boy band Boyzone, Keith Duffy is one of the most exciting performers around.

Keith Duffy is an Irish singer-songwriter best-known for his work with the iconic 90s boy band Boyzone. As a prominent member of the group, Keith played a key role in propelling the group to international stardom. Since then, Keith’s versatility as a multi-talented performer has also seen him achieve vast success in radio and television broadcasting. Originally hailing from Dublin, Keith’s love for music soon saw him purchase his very first drum kit.

Around this time, auditions were being held to form a brand new Irish pop group - Boyzone. Having initially been unsuccessful in securing an audition, Keith’s incredible performance at the Dublin nightclub POD caught the attention of the band’s eventual manager, Louis Walsh. Inviting him to audition for the group, Keith’s undeniable talent soon saw him join the exciting new pop band. From his humble beginnings in Ireland, Keith soon went on to achieve international success as one of the most memorable Boyzone members.

Ruling the airwaves between the years 1993 and 2000, the band sold in excess of 13 million records, achieving widespread success both within the United Kingdom and abroad. The band’s success was record breaking, becoming the first Irish act ever to have had four number one hits in the British charts. Following the group’s break up in 2000, Keith increasingly began to focus on his career as a solo performer. Taking his first steps into the world of television broadcasting, Keith appeared in Celebrity Big Brother and Fort Boyard.

One of his most notable television achievements was his feature on the Coronation Street cast, which was initially planned to last a matter of weeks. However, Keith’s likeability and unquestionable talent soon saw him take up the position for several years. His on-screen success did not go unnoticed; the Coronation Street star soon also landed a role in the Irish horror film Loftus Hall Following Boyzone’s reunion, Keith soon rejoined the group for their Back Again… No Matter What tour.

Selling in excess of 200,000 tickets in a matter of hours, the reunion was an unbelievable success. Since then, Keith has continued to record and perform alongside his Boyzone bandmates, propelling the boyband sound further into the 21st century. Having carved out a successful career for himself in various areas of entertainment, Keith Duffy is a multi-talented performer like no other. As a result of his vast success, he continues to enjoy popularity as the ideal booking for music venues and corporate events.

With a bright future ahead of him, Keith continues to establish himself as one of the most popular Irish singers around.

Contact Champions Music & Entertainment to enquire about hiring Keith Duffy today. Get in touch by calling us on 0203 793 4042 or by emailing [email protected] now. 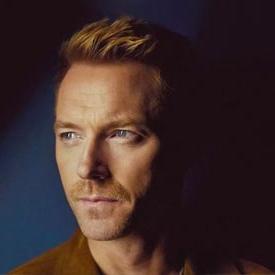