King Pleasure and the Biscuit Boys are a legendary swing, R&B and jazz band perfect for all private celebrations, wedding receptions, corporate events, and retro club nights. A live band with a wealth of experience, their ability to get audiences dancing is unrivalled and has seen them become the world's greatest swing and rhythm and blues band outside the USA. Formed in the 1980s, King Pleasure and the Biscuit Boys have amassed over 50 TV appearances, 75 radio broadcasts, and over 2,500 die-hard fans to become the kings of swing.

The band's mandate is a simple one; to sing about ‘eating, drinking, spending money, chasing chicks, having a good time, overdoing it more than somewhat and explaining events of the night before to the judge on the morning after.' This free-and-easy group of talented musicians promise to bring good times and enjoyment to all their audiences as they reinvent the magic of a golden era in music. The live band has seen members come and go in the past but they remain evergreen with the current line up of King Pleasure on vocals and saxophone, Bullmoose K Shirley on guitar, Shark Van Schtoop on bass, Gary ‘The Enforcer' Barber on drums, Mighty Matt Foundling on keyboards and Big John ‘Boysey' Battrum on sax.

Their combination of brash brass, rhythmic drums, and sonorous strings makes for an unforgettable experience that is sure to astound audiences at weddings, corporate events and music festivals alike. The King and the Boys have toured internationally with fifty-odd fans chartering a private plane to follow the band to the Cork Jazz Festival. Such is their success that they have toured throughout Europe and the world, reaching as far as Russia.

This prolific group have released a stunning ten albums to date, working with independent labels like Darlotones Records. This huge repertoire of music makes every performance unique to fans new and old. Particular highlights include ‘Big Girl', ‘The Wrong Door', and ‘Bring It On Baby'. A truly unforgettable live act, King Pleasure and the Biscuit Boys have the skill and suaveness to elevate any event. From their rambunctious music to entertaining crowd interaction, there is no greater live act for your event or celebration. Book these legends of swing and R&B now.

"Superb, a stunning range of instrumental ability. Classy stuff in the style of Louis Jordan and Eddie 'Cleanhead' Vinson, with nowt taken out! A band I recommend anybody to go and see." - Dave, Now Dig This Magazine

"King Pleasure & The Biscuit Boys were fantastic. They were all at the venue, set up ready to go with time to spare. They appeared to work incredibly well together and the music hardly stopped for a moment and the dance floor was full all night. Together they provided a brilliant eclectic mix of songs that were enjoyed by everyone." - Liz Ingham

"They more than exceeded our expectations and I think everyone commented how amazing they were and how much fun they had been." - Sarah

Contact Champions Music & Entertainment to enquire about King Pleasure & The Biscuit Boys now. Give us a call on 0203 793 4042 or by emailing [email protected] today. 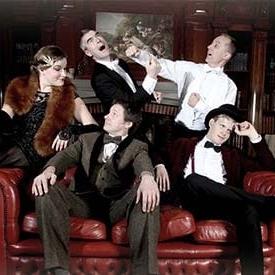 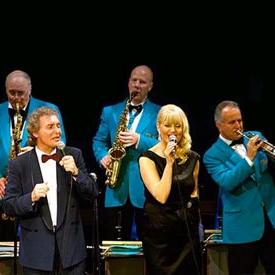 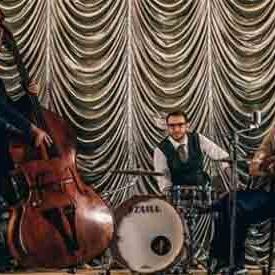