Former Britain's Got Talent contestant, Kojo Anim has quickly became one of the best talents to come out of the UK comedy circuit over the past ten years.

The comedian and TV presenter, Kojo is one of the most sought out entertainers due to his undeniable talent and hilarious stage presence mixed with unique yet relatable performances.

Kojo found his passion for comedy at a young age, stepping into the role of 'class clown' while playing for is local football team. Since then his success has rocketed with him opening up for Chris Rock and Kevin Hart at Wembley Arena along with Dave Chappelle at the Royal Albert Hall. This has seen his fan base multiply as he was described by Kevin as 'One of the funniest comedians that America doesn't yet know about' followed by Chappelle describing his work as 'groundbreaking'.

From appearing alongside Reggie Yates on CBBC show The Mighty Truck Of Stuff to presenting on Capital Xtra and hosting his own podcast called Nothing To Declare, Kojo's work has been extremely wide ranging.

He took his incredible talent to the Britain's Got Talent series thirteen stage to which he received the prestigious Golden Buzzer from Simon Cowell which immediately sent him to the live semi finals. His relatable yet hilarious act instantly won over the ten million viewers and four judges yet unfortunately he narrowly missed the grand prize becoming runner up to Colin Thackery.

His acts are one of a kind and he cleverly incorporates his daily struggles into a comedic show, making jokes about his African parents along with his lack of money which includes a piece on taxi metres and a homeless person asking for 20p for dinner. To which Kojo replied, 'you know where to eat for 20p? I'm coming with you!' Following becoming a father Kojo has intertwined a hilarious 1 hour show based on fatherhood which always has the audience crying with tears.

This rising star and totally unique comedian is available to hire for your event or function with the promise that he'll leave your audience in stitches, Kojo is on his way to becoming the next big comedian which is why he's extremely sought after and always a popular choice when it comes to corporate events and private functions.

“One of the funniest comedians.” - Kevin Hart

“What he’s doing in the UK is ground-breaking.” - Dave Chappelle

“I don’t really like comedians, but I love this guy.” - Simon Cowell

If you need any advice or guidance, or if you have a question about Kojo Anim or any of the music or entertainment acts on our website, don’t hesitate to give a member of the management team a call on 0203 793 40 42 or send us a message via [email protected]. 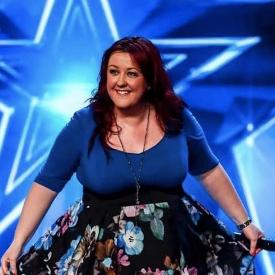