Having established herself as one of the world’s leading soul singers, Macy’s vocal abilities are reminiscent of some of the best-loved singers in music history, including the magnificent Billie Holiday.

Macy Gray is an American-born singer-songwriter best-known for her incredibly distinctive singing voice. Having established herself as one of the world’s leading soul singers, Macy’s vocal abilities are reminiscent of some of the best-loved singers in music history, including the magnificent Billie Holiday. Enjoying a rich musical career that spans multiple genres, Macy is one of the most exciting vocalists ever to have featured on the international stage.

Discovering her songwriting abilities during her days at the University of Southern California, Macy soon began to make a name for herself as a vocalist in the Los Angeles jazz and soul scenes. Steadily becoming one of the area’s best-loved Motown singers, her musical talents were soon recognised by one of the most iconic music labels in the soul, jazz and R&B genres – Atlantic Records. Not long after, she signed with Epic Records and began working on her debut studio album. During this time, she also featured on Love Won’t Wait, a song that featured on The Black Eyed Peas’ debut album.

Macy’s very first album, On How Life Is, was met with widespread acclaim from critics and music fans alike. One of the album’s stand out tracks, I Try, became a significant commercial success. Many of the album’s follow-up singles, including Why Didn’t You Call Me and Still, continued the trend. As a result, the album achieved a multi-platinum certification in several countries.

In the years that followed, Macy worked alongside major names in the music business, including Erykah Badu, Santana and John Frusciante. From 2001 to 2016, Macy released a staggering eight studio albums, many of which received critical acclaim. As a testament to her success, several of her songs came to be featured on the silver screen, with Time of My Life and My Nutmeg Phantasy featuring in 8 Mile and Spider Man respectively.

A prolific songwriter, Macy Gray has continued to enjoy a reputation as one of the best R&B artists in the world today. Effortlessly merging influences from the soul, jazz and R&B genres, her versatile performances have delighted audiences wherever she goes. As such, Macy is the perfect event entertainment for a wide variety of different occasions.

If you would like to book Macy Gray as the performer for your corporate events, festival or music venue, contact the Champions Music and Entertainment agency via [email protected]. Alternatively, speak to a member of the management team directly on 0203 793 40 42. 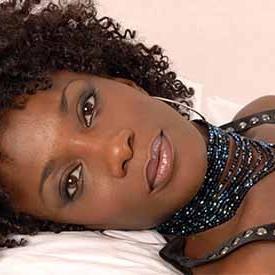