Martin Semple is a comedian with an ability to engage an audience with his charm and wit. The former soldier will have audiences rolling in the aisles with his amazing live shows.

Martin Semple is an accomplished British comic with a real talent for storytelling and hysterical observations. His quick wit and charm, unified with his stories of warfare from his experiences as a soldier, merged with more light-hearted topics make Semple a class act. Terrifying situations and stories of military drills are routinely served up as comedy in Martin’s act. He shocks crowds with his authentic and true to life material. Humour on the frontline can maintain a calmness and keep soldiers distracted, and Martin draws on the intense moments from his time in the Gulf conflict to give audiences a hint of the drama, with a splash of Martin’s cool wit on top.

But his military stories are only a side dish to Martin’s act, his stories of life and his every day, in addition to the ruffling of crowds make up the larger part of his act. Audiences enjoy Martin’s self-deprecating and sarcastic humour - which he honed at a small theatre company before his time in the British army. An audience enjoy his participation with them as he parks punchlines to define his shows. Those looking for a comedian unlike any other, with a versatile but fluid stand-up comedy set, will find Martin to be perfect. He has experience working at corporate events, as a military entertainer and at Comedy Clubs, stores and other venues across the country.

He is adept as a comedy compère as well as a stand-up comedian and has introduced some of the biggest acts on the circuit. His engaging style and fun skits have proved popular for warm-up gigs as well as a more intimate stage act. As well as being a soldier and stand up, Martin has served as one of the Queen’s horse guards. He has risen up the rankings in comedy, from his humble start as a hobby comic. Now Martin has experience as a comedy actor, serious actor and extra. He has appeared as a football hooligan in 2014 film Top Dog, performed stunts in Kingsman: The Secret Service and has appeared as Mr Harris on both Alan Carr: Chatty Man and Alan Carr’s New Year Specstacular - two shows on prime-time British television.

"He opened with a few perfectly-delivered jokes. Clearly a very able comic who instantly had the whole room on his side." - Gigglebeats

Contact Champions Music & Entertainment to enquire about hiring Martin Semple today. Get in touch by calling us on 0203 7934 042 or by emailing [email protected] now. 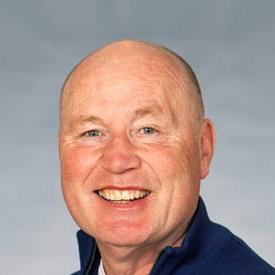