With a host of bands for hire to choose from in the world of entertainment, choosing the right group to headline your occasion can be a minefield. With the MIB party band, you will find no such trouble, and with our team’s expertise, you can rest assured that you are in safe hands.

MIB have earned their name over the course of thousands of events, offering an electric showcase to audiences of all shapes and sizes. With seventeen years experience as a band they bring amazing vibes and a shared charisma that is perfect for shaping the ambience of your event.

With a passion and natural chemistry, MIB have become the live band of choice for corporate events and private functions. This dynamic act offer a fiery spectacle that has proven to be a hit at events for the likes of Coca Cola, Yamaha, The Telegraph, Pepsi Max and many more. They are also hugely popular for award ceremonies, having performed at The Beverage Innovation Awards and The Pub Awards.

The event band have toured regularly and have taken to the stage with Girls Aloud, Rudimental, Robbie Williams and The Spice Girls. They have become a favourite with comedians, such as Rob Brydon taking a shining to them. They have performed to 300,000 people in Hyde Park and have stunned as a wedding band and party band many times.

The four-piece indie rock band can add members as you wish, to make your event bigger, louder and even more impressive. They can also perform as a twelve-piece to ensure your dance floor is full throughout the day and night.

Select from a diverse and highly exciting setlist, with songs from the 60s to the modern day. The megagroup can set the tone with contemporary rock and pop hits such as 'Get Lucky' by Daft Punk ft Nile Rodgers, 'Moves Like Jagger' by Maroon 5, 'Smooth' by Santana and 'Marry You' by Bruno Mars.

The cover band can bring 80's pop numbers like '500 Miles' by The Proclaimers, 'Crazy Little Thing Called Love' by Queen, 'Walking on Sunshine' by Katrina and the Waves and 'Don’t You Want Me Baby' by The Human League.

You can roll back further with 70’s disco hits like "December '63 (Oh What a Night)" by Frankie Valli & The Four Seasons, ’Dancing Queen’ by ABBA and 'Upside Down' by Diana Ross. Sit back and let the Motown, soul and pop hits of the 60s take you on a journey. The band can play classics including 'I Feel Good' by James Brown, 'Signed Sealed Delivered' by Stevie Wonder, 'Everybody Needs Somebody' by The Blues Brothers and 'Hard Days Night' by The Beatles.

"What a band! I'm amazed by the energy and chemistry you guys have on stage...what a night!" - Lloyds TBS

"It was such a pleasure to work with such a professional band!" - Genie Events

"What a fantastic band! Brilliant vocals... I had a fab night..." - Geri Halliwell

Book MIB today to make your special occasions and events go off with a bang. Get in touch with our expert team at Champions Music & Entertainment to find out more. Email us at [email protected] or speak to a member of the management team directly on 0203 793 40 42. 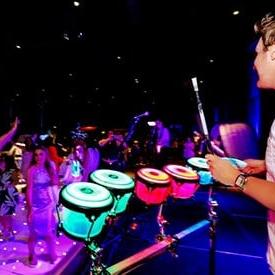 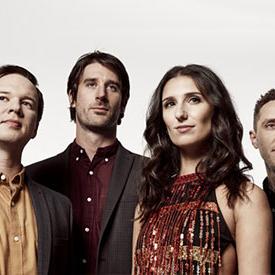 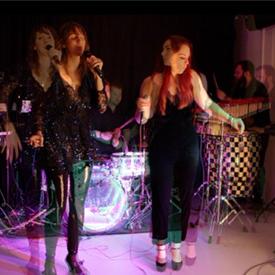