Shahid Khan is an English DJ, songwriter, record producer and musician who is best known by his stage name Naughty Boy.

Initially signing a three-year deal with SONY ATV and a contract to release one album under Virgin EMI Records, he now runs his own production company called Naughty Boy Recordings.

Naughty Boy has worked with huge artists and spent 2011 and 2012 working on records for Leona Lewis, Alesha Dixon, Jennifer Hudson, JLS and Tinie Tempah, to name a few. Naughty Boy has produced records for the most current artists out there including two records for UK rappers Chipmunk and Wiley which both featured Emeli Sandé. This lead to Naughty Boy and Sandé forming a writing and production partnership.

2013 saw Naughty Boy released his debut album, Hotel Cabana, the album features the likes of Sandé, Ed Sheeran, Gabrielle and others. The album consisted of top-ten single Wonder which featured Sandé, number one hit La La La featuring Sam Smith and another collaboration with Sandé, Lifted. His debut album was a huge success, peaking at number two in the UK.

Naughty Boys impressive hit La La La has seen him awarded with two MOBO Awards in 2013 for Best Song and Best Video, this was awarded at the eighteenth Anniversary of the MOBO's. His achievements don't end there, Naughty Boy was honoured with the Outstanding Achievement in Music Award at The Asian Awards in 2016. He has also received many nominations throughout his career from three Brit Awards to a YouTube Music Award and a iHeartRadio Music Award.

Naughty Boy is a highly sought after entertainer who provides top quality performances, an expertise he has gained from his years and years of experience dominating the industry. Give your event something to talk about by hiring music legend Naughty Boy.

If you need any advice or guidance, or if you have a question about Naughty Boy or any of the music or entertainment acts on our website, don’t hesitate to give a member of the management team a call on 0203 793 40 42 or send us a message via [email protected] 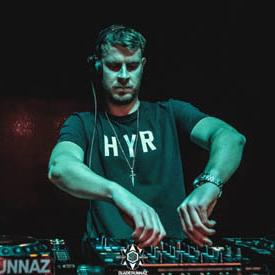