Next is an American contemporary R&B musical trio, popular during the late 1990s and early 2000s. They are best known for their number one hit single "Too Close" as well as "Wifey", and "I Still Love You" which all still receive frequent airplay on Urban Adult Contemporary radio stations both in the US and internationally

The group was formed in 1992 by Robert R.L. Huggar and brothers Terry "T-Low" Brown and Raphael "Tweety" Brown in Minneapolis, Minnesota after being introduced by the Brown's uncle, a gospel choir director. Originally, they were first known as Straight4ward, and at one point managed by Sounds of Blackness' Ann Nesby. However, after catching the attention of Naughty by Nature's KayGee, he took the group to his Arista label Divine Mill and began work on their debut album. They released their KayGee-produced debut single Butta Love in September 1997, which became a big R&B hit for the group peaking at number four. Soon after, their debut album, Rated Next was released in September.

It was followed in 1998 by the release of their biggest hit to date, Too Close which hit number one on both the R&B and the Billboard Hot 100 charts. Sales of their debut album surged, helping the album peak at number 13 R&B and number 37 on the Billboard 200, eventually being certified double platinum, and earning them American Music Awards, Billboard Awards and Soul Train Awards nominations. A third single I Still Love You garnered the group another Top 5 R&B hit and a Top 20 on the Hot 100 charts. In 2000, the group released the lead single Wifey ahead of their sophomore album for Arista.

The song became another number one R&B hit for the group and also featured singer Lil' Mo on background vocals. Their sophomore album, Welcome II Nextasy, was released in June 2000 and was certified gold on the strength of the lead single. A second single Beauty Queen received moderate airplay, peaking at number 48 on R&B and number 59 on the Hot 100. After the album's cycle, the group took a break, leading RL to record and release his debut solo album RL:Ements for Clive Davis' then-new J Records label in 2002, which achieved moderate success with the singles Got Me a Model and Good Man.

The group also joined the J Records label and released their third studio album The Next Episode in December of that same year. It featured the lead single Imagine That which peaked at number 66 R&B and number 91 on the Hot 100. Also, they collaborated with Jaheim on his single Anything off his debut album Ghetto Love which earned the group another Top 10 R&B hit. After leaving the J Records label, they briefly aligned with 50 Cent's G-Unit and with Matthew Knowles' Music World labels but did not release any music. In 2014, the group began and completed work on a new album titled Next, Lies, & Videotape(originally titled Music 101.) In 2016, the group was featured on TV One's Unsung series which prompted another reunion for the group after a couple of years of being distant. In March 2018, the group premiered their new single Want It to UAC radio.

Contact Champions Music & Entertainment to enquire about hiring Next today. Get in touch by calling us on 0203 7934 042 or by emailing [email protected] now. 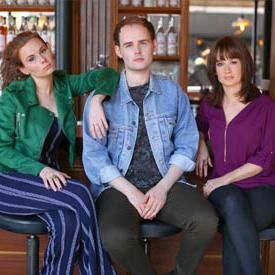 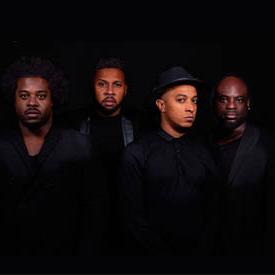