Pete Tong MBE is a popular English DJ renowned for his work on BBC Radio 1. A record producer,  celebrity DJ, and radio presenter he has been at the forefront of the electronic music scene for the past three decades.

Tong’s passion for music started out with a stint learning the drums before moving onto DJing. His first paid show was at a friend’s wedding at the age of 15. He supplemented his studies and DJing with local music promotion and booking. These early jobs were prophetic as after he left school he set up a mobile disco based in a van.

Success on the road allowed Tong to start his own brick-and-mortar club called Family Function. The gig was a success among electronic and alternative crowds with the likes of Culture Club finding their way through the doors of Tong’s club. After various jobs in advertising and a stint as an A&R manager at London Records, he committed full-time to his musical career releasing his debut compilation album, The House Sounds of Chicago, Vol. 1.

Tong became a prominent radio host throughout the 70s and 80s working on Radio Invicta, Radio London, BBC Radio Medway, and Capital Radio. These roles culminated in Tong hosting the inaugural Essential Selection on BBC Radio 1 in 1991. The show is still running to date making Tong the second-longest serving living DJ on the station. Running for three hours on a Friday evening it served as the trailblazer for emerging electronic music forms. As a result Tong is regarded as the 'global ambassador for electronic music’ and herald of cutting edge development.

From 1993 Tong moved his show to long-time party hotspot Ibiza. From this base, he broadcast The Essential Mix, a show heavily influenced by popular songs and resident DJs of the Ibizan scene. Throughout all this Tong maintained his DJing holding residence of stalwart clubs like Pacha and Eden. In more recent times Tong has relocated to the United States of America to lead the EDM channel, Evolution, for Clear Channel Communications. His success in the US has matched that of his local success with a radio broadcast entitled It’s All Gone Pete Tong.

This impressive talent also owns the dance music record label, FFRR Records. Founded in 1986 it is owned by the global Warner Music Group and has worked with the likes of Midnight City, Jay-Z, and D Mob. Their current artists also include Blonde, Icarus, Matoma, Thomas Jack, Basic Tape, and Disciples.

To book Pete Tong as the celebrity DJ, personality, or presenter for your next event contact the Champions Music and Entertainment agency via email at [email protected]. Alternatively, call a booking agent directly on 0203 793 40 42. 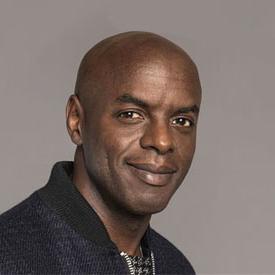