Since their inception in 2002, Planet ABBA have established themselves as one of the UK’s favourite ABBA tribute bands. With each member bringing something extra to the table, Planet ABBA have combined their forces to create a tribute act unlike any other.

Planet ABBA's popularity and success have brought them unrivalled success within the tribute scene and they are the only choice when looking for private or corporate entertainment.

Planet ABBA are heavyweights, working alongside the likes of The Four Tops, Slade, Mudd, and The Royal Philharmonic Orchestra. These successes make them masters of stage great and small, and the only ABBA act worth considering.

The secret behind the group’s success is their attention to detail and skill. Harrison Breeze plays Benny, drawing on his years of experience to create an uncanny resemblance. Singing has always been his profession with a stint in the highly-acclaimed boy band Force Five is a high-water mark. Harrison also plays the iconic piano in all Planet ABBA’s performances.

Rob Louth takes up the role of Bjorn and has a wealth of experience as a performer and stage technician. Oozing charm and personality, Rob has toured with several bands performing to a high standard. He has also released his own singles and built up a significant fan base.

Susan Louth is a multi-instrumentalist and accomplished singer. She has loved music from a young age with singing, saxophone, and piano becoming a way of life for her. Performing professionally since the age of 18, she was even managed by Paul Curtis, the former manager of Olivia Newton-John.

Finally, Leanne Glover completes the group as Agnetha. Her singing, natural flair, and skill as a trained dancer bring a pizazz and sparkle to the performance.

As a group they are unstoppable, playing timeless classics like ‘Waterloo’ and ‘Dancing Queen’ to sold-out audiences.

Visually, there are few acts as stunning as Planet ABBA. Choreographed stage work, incredible costumes, and a top-of-the-range lighting rig are sure-fire hits at any private or corporate event. Guests will be transported to a disco club with an LED Starcloth backdrop, intelligent lighting effects, and specialist image projectors.

With such a polished performance and incredible musical talent, Planet ABBA are an act not be missed. Book now to avoid disappointment.

The best Abba tribute band I have ever seen, you guys were fantastic!
- Derren Brown

In my line of business I've come across many tribute bands and have indeed have seen a number of Abba tributes, but I have to say Planet Abba take some beating!!
- Steve Wright

A great choice for a wedding band thoroughly enjoyed it. Brilliant
- David Tennant

‘Had a fantastic weekend. Extremely busy. Have had a lot of feedback from customers who absolutely enjoyed the night. That band had the whole crowd going with singing and dancing. Thanks to you and your team for all the help while booking and run up to the event also’
Craig Ashman - Castle Inn

Book the UK’s favourite ABBA tribute band, Planet ABBA, for private or corporate entertainment via the Champions Music & Entertainment agency. Contact us via email at [email protected] or speak to a member of the management team directly on 0203 793 40 42. 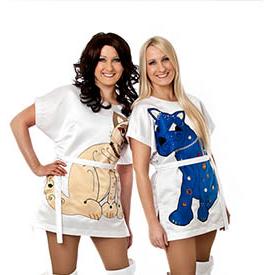 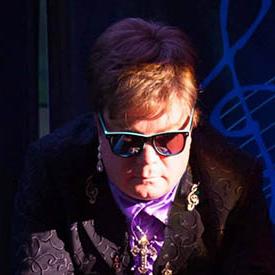 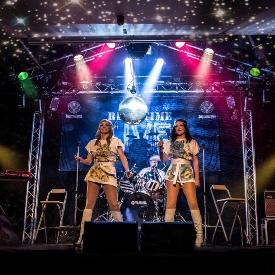