Champions Music and Entertainment are delighted to offer you the chance to hire one of the UK’s best-loved and most prolific voiceover artists in Redd Pepper who can be booked for all manner of events and engagements across the UK through his booking agent.

Widely regarded and referred to as 'Mr Movie Trailer Man,' the nickname aptly captures the sheer number of Hollywood blockbusters his voice has trailed which have significantly increased his demand across not only the nation but also around the world. Redd Pepper has also gone on to establish himself in various other areas and is perhaps now best known for his appearances co-presenting TV shows including ITV’s The Nightly Show and starring in TV campaigns for Compare The Market and VW Golf.

With Redd Pepper’s latest voiceover engagements including advertising campaigns for big brands such as Virgin Media, Kelloggs, Tesco and Persil, the world-renowned speaker really is held in the highest regard within his industry. Having been casted by Tim Burton to voice ghouls for Mrs Peregrine’s Home For Peculiar Children, Redd Pepper has also most recently voiced ADR characters for Mary Poppins Returns.

Continually growing in stature and reputation, Redd Pepper also continues to regularly voice promos for Disney, Channel 4, ITV and the BBC which have unsurprisingly contributed to his widespread growth in demand and popularity. Redd has been a special guest on TV shows including the ‘BBC’s Pointless Celebrities, Eggheads and Never Mind the Buzzcocks and presents his own jazz, funk and soul radio show on JSFR.

Whatever your occasion or engagement, Redd Pepper will do an outstanding his job of leaving his unique and personal touch that is certain to leave a mark and impression on guests and clients. The consummate professional with impeccable vocabulary, punctuation and pronunciation, Redd Pepper really is a must for any appointment which requires a household name and unforgettable voice! To secure the services of this extraordinary voiceover, be sure to contact Redd Pepper’s booking agent, Champions Music and Entertainment who will provide you with all of the help and support you require.

"I must highlight that Redd Pepper had such a great attitude – there were quite a few amends last minute and he just took them all so calmly, and ensured all pronunciation was correct, and he also arrived really early and was more than happy to wait around and chat to people." - Katie. Pageant Media LTD

"Redd Pepper did a great job for us. Professional and easy to work with, his presence elevated our event and brought enjoyment to all - what a voice!" - Izzy, Film Distributors’ Association

If you need any advice or guidance, or if you would like to book Redd Pepper or any other Music and Entertainment act, don’t hesitate to contact the Champions management team by calling us on 0203 793 40 42 or sending us a message via this online form. 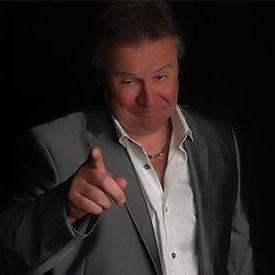 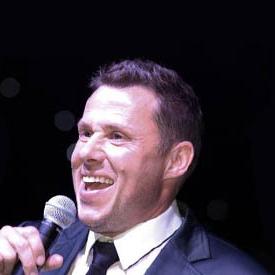