Effortlessly merging musical entertainment with live comedy, Robin Good is one of the most versatile & ultimately unmissable performers in the United Kingdom today.

Legendary solo performer Robin Good is a rare gem in the world of entertainment. Merging his musical- and comedic talents like no other, Robin’s performance is a sure-fire way of leaving your audience in raptures. Incorporating a dizzying array of instruments into his performance, Robin’s comedic wit is matched by his incredible musical ability.

Far from a one trick pony, Robin’s incredible talents have seen him embark on a successful career as a multi-instrumentalist. Having mastered the mandolin, guitar, harmonica, banjo, flute, penny whistle, saxophone and concertina, he is one of the most versatile entertainers in the country today. His list of performances is extensive, having delighted audiences on major cruise lines, including Cunard, Thomson and P&O Cruises. In addition, Robin’s musical prowess has also seen him feature as a top act at various holiday resorts, including Summer Seasons and Warners.

Robin is at his best when he combines his musical performance with his many rib-tickling gags. His unique approach to comedy music sets him apart from every other act on the circuit, helping to make him one of the country’s most popular singing comedians. His musical comedy show is sure to impress guests and delegates at any event, delivering humorous observations with an enviable ease.

An iconic act among British singers, Robin is the very definition of an all-round entertainer. Delivering a performance characterised by its non-stop hilarity, Robin is the act of choice for comedy fans and music enthusiasts alike. As a result of his success, he has featured as an entertainer for various international hotels, as well as enjoying massive success in the world of pantomime.

Robin’s hilarious act has taken him across several continents, finding popularity both within the United Kingdom and beyond. Furthermore, he is also a prolific songwriter, developing an extensive range of material over the course of his colourful career. Having made various appearances in the world of broadcasting, Robin has featured on television and radio stations across the world, winning him a legion of devoted fans in the process.

Robin Good’s commitment to his act has enabled him to stand head and shoulders above his rival entertainers. Fiercely committed to his craft, he is the perfect booking for corporate events and a wide array of other occasions.

If you would like to book Robin Good as the singing comedian for your corporate event or private occasion, contact the Champions Music and Entertainment agency via [email protected]. Alternatively, speak to a member of the management team directly on 0203 793 40 42. 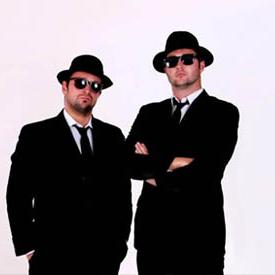 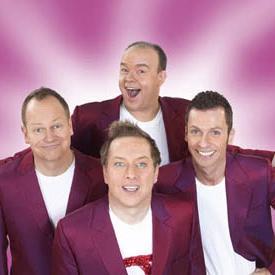 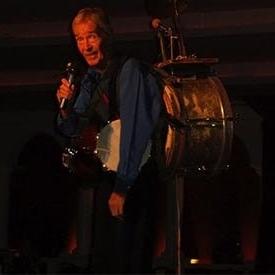