A legend of BBC Radio 1Xtra, Ronnie has spent his career on the pulse of urban music and is an excellent headliner for any event.

Ronnie Herel is famous DJ and former radio presenter available for bookings through the Champions Music and Entertainment agency. He has been a constant proponent of the urban music scene and is a tastemaker respected by the music community.

Ronnie began his radio career on the BBC Radio 1Xtra. He presented speciality shows focused on the development of urban music for most of his career and occasionally filled in for DJs on BBC Radio 1. As the regular host of R&B Show and the BBC Radio 1Xtra Showcase, he was one of the most listened to DJs via the official website.

His insight, connections, and knowledge of the music scene led to Ronnie becoming a talent scout for The Voice UK as well as the go-to interviewer for some of the world’s biggest stars. Ronnie boasts interviews with Erykah Badu, Dizzee Rascal, Justin Timberlake, Mary J Blige, Beyonce, Mariah Carey, Alicia Keys, Janet Jackson, John Legend, and Lemar. While suitably star-struck; Ronnie holds his interview with the iconic Stevie Wonder as a crowning achievement.

Before reaching the glamour and success of BBC Radio Ronnie cut his teeth on the R&B club scene. Going back to 1989, Ronnie began his career promoting The Kat Club at Bar Rhumba. After impressing there Ronnie established himself in the capital, at the bastions of good music Funk and Club Yoyo. Such was his success at the time Ronnie was voted the Best Club DJ by the Blues and Soul magazine readers.

Not just a DJ whizz, Ronnie performed with Dave Rawlings in the group Quartz. Their cover of the Carole King song, ‘It’s Too Late’, reached number eight in the UK Singles Charts and ‘Let’s Get Busy’ found international success reaching the top of the

For his work in promoting urban music, Ronnie has been honoured with two MOBO nominations and an Urban Music Award nomination.

Ronnie now spends his time presenting the Big R&B Show on Mi Soul Radio and serves as the radio’s Head of Music.

A true legend of the urban music scene Ronnie has committed his life to the discovery, promotion, and enjoyment of this popular art form. He is the ideal celebrity DJ for all events, festivals, and gigs with booking essential.

To book Ronnie Herel as the celebrity DJ for your next corporate event, festival entertainment, or television broadcast contact the Champions Music and Entertainment agency via email at [email protected]. Alternatively, call a member of the management team directly on 0203 793 40 42. 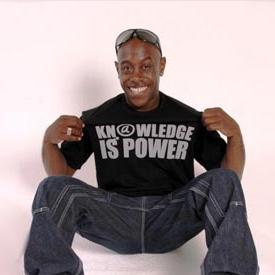