British Jamaican R&B singer, actress, and songwriter, Ruby Turner, is a brilliant solo artist that has a career that spans over three decades.

Francella Ruby Turner, popularly known as Ruby Turner is a British Jamaican R&B singer, actress, and songwriter. She has worked alongside some of the greatest like Steel Pulse, Bryan Ferry, Steve Winwood, Jools Holland, Mick Jigger and others in her career spanning over three decades.

Turner earlier gained recognition for being associated with acts of Culture Club and Jive Records. Her debut album was titled ‘Women Hold Up Half the Sky’ and was released in the year 1986. It included popular singles like ‘I’d Rather Go Blind’ and ‘If You’re Ready’ and received great acclamation from the critics. Her other albums are ‘The Motown Songbook’, ‘Paradise’, ‘The Other Side’, ‘Responsible’, ‘Restless Moods’, ‘Guilty’, ‘So Amazing’, ‘I’m Travelling On’- her first gospel music album, ‘All That I Am’ and ‘Jools & Ruby’. She is well-known for her singles like ‘Every Soul’, ‘I’m in Love’, ‘Bye Baby’, ‘In My Life’, ‘What Comes Of the Brokenhearted’, ‘Soul Jet’, ‘Paradise’, ‘Rumours’, ‘Stay With Me Baby’, ‘Change’ and many others.

She also sang on Jool’s Annual Hootenanny for BBC Television from 2007 to 2016. On the occasion of the opening of the Millennium Dome in London in 1999, Turner sang the National Anthem for Queen Elizabeth II and other dignitaries. In 2016 Birthday Honours for services to music, she was nominated ‘Member of the Order of the British Empire’. She became one of the few British to do so when peaked the top position of the US R& B Chart in 1990 with the song ‘It’s Gonna Be Alright’. 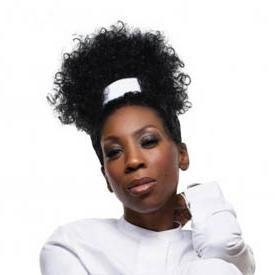