A talented Latin/Flamenco quartet, Solea is comprised of the cream of Scottish musicians. The quartet line up consists of Gerry and David on guitar, Gordan on bass and Colin on percussion, with each musician coming from fruitful musical careers. Taking influence from Jazz, Rock, Latin and Flamenco music, this quartet is guaranteed to have a set perfect for any audience, with guests dancing the night away!

Solea is a talented Latin/ Flamenco quartet, comprised of the cream of Scottish musicians. Band members Gerry, David, Colin and Gordon raise the roof with their incredible quartet performances, taking influence from Rock, Jazz, Latin and Flamenco music. Consisting of a fiery guitar duo, joined by a renowned bass player and an in-demand session drummer, Solea are a fantastic choice for event entertainment, guaranteed to have guests dancing the night away!

Glasgow based musicians, Solea was formed by David Sim and Gerry Magee. Together, the pair perform a fiery guitar duo, accompanied by their fellow musicians Gordon Davidson and Colin MacGibbon playing bass and percussion. Formed in 2020, the quartet worked hard to comprise their first single, releasing Roads to Minjas in 2021. After the Covid-19 lockdown, Solea was then able to assemble to record their EP at Sola Studios in Glasgow, releasing the EP Sometime in June. Available on all major streaming platforms, this talented quartet has something suitable for all audiences.

Recording artists and performers for the past two decades, Solea is comprised of talented musicians. David has comprised music for both television and radio, toured with BGT winner Jai McDowall and performed in pit bands for renowned musicals such as We Will Rock You. Gerry has forged a successful career as an electric guitarist, performing with Scotland’s top funk band Funk Nation, and as a prolific composer. Considered to be one of Scotland’s busiest drummers, Colin has played with both Susan Boyle and Jai McDowall from BGT. Last but not least, Gordon is an in-demand session player, heard across radio stations such as BBC Radio Scotland and BBC Introducing, also spending several years as a bassist for Mamma Mia.

Aspiring to hit the road on tours and festival gigs, Solea is now highly sought as a band for a variety of celebrations- from weddings to corporate events and private parties. A quartet with a line-up of consummate musicians, who have performed on all manner of stages from West End to BGT, Solea is a Latin/Flamenco act not to be missed! Taking influence from genres of Jazz, Latin, Flamenco and Rock, these talented performers have something in their repertoire fit for all kinds of guests. When looking to source event entertainment, book Solea today! 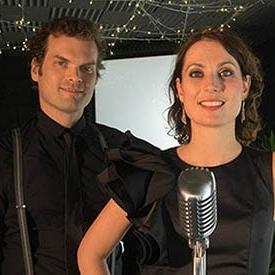 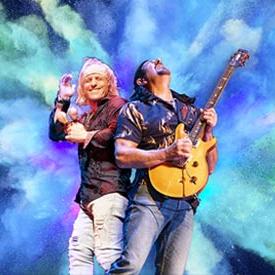 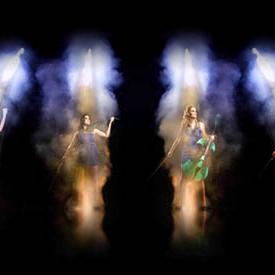