Steve Rowling is a one of a kind performer who combines stand up comedy with physical theatre to create an unforgettable performance full of furniture juggling and hilarious stunts and has sold out shows all over the world.

A unique blend of comedy, character and technical ability packed full of entertaining routines such as setting fire to his head, juggling ping pong balls with his mouth and furniture juggling with a vase of flowers, tables and chairs. Mixed with stand up comedy Steve expertly appeals to a huge audience range keeping them all on the edge of their seats throughout every performance.

Kick-starting his career as a special guest in the West End production of Sugar Babies alongside Ann Miller and Mickey Rooney which lead to him appearing in The Royal Variety Performance in front of The Queen. Since then his career has only taken off, appearing in over one hundred TV shows worldwide and at St James' Palace honour of fallen service men and women. Impressively he was also specially invited to perform at the Summit of the Americans' which was attended by Barack Obama and thirty-one heads of state.

Steve has contributed a lot towards the modern circus following Rolf Knie asking him to appear in the opening season of Oh La La his new sexy circus. He then appeared with Kassel and circus Flic Flac in Dortmund.

Steve has an extremely impressive track record including performing for Archbishop Desmond Tutu at the Cape Town Funny Festival and comedy festivals in Holland, Spain, Germany and Switzerland. Steve's worldwide popularity is only growing which has seen the Steve Rawlings Live and Unstable tour be developed and sell out across Europe.

An incredibly talented man who can perform fluently in German, french and Spanish making him a popular choice for many corporate engagements. Former clients include BMW, Ford, Glaxo, Avis, Shell and Hilton International. Whether he's performing for royalty, heads of state or armed forces in war zones Steve knows exactly how to work a crowd and make it an amazing experience.

Steve is the perfect addition to any event whether that be corporate or a private function, he has a wealth of experience and a hugely successful career to back him. He provides a completely unique experience that can't be seen anywhere else which explains why he's a highly sought after entertainer.

"Hilarious and original, Steve Rawlings mixture of desperation and downbeat humour steals the show. His balancing a tray of bottles and glasses on his chin, while giving a running commentary on his difficulties is a classic piece of comic business. This is knife-edge humour which involves the audience in sympathy for a man flogging himself to death for a laugh, and yet knowing that he is perfectly capable of performing the complicated and daring routines he has set up!" - The Times

"It is difficult to find enough superlatives to describe Steve Rawlings, who wowed the audience in his own fabulously eccentric manner. If anyone tells you that the spirit of variety is long dead, you know that person hasn’t seen Rawlings perform live. Geniuses are often tortured souls – it’s just that he is quite happy to torture himself." - The Stage 2013

If you need any advice or guidance, or if you have a question about Steve Rawlings or any of the music or entertainment acts on our website, don’t hesitate to give a member of the management team a call on 0203 793 40 42 or send us a message via [email protected]. 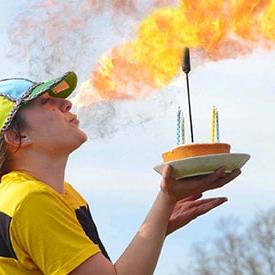 Fire Entertainers Incredible Fire Shows For A Variety Of Events 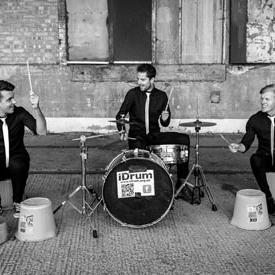 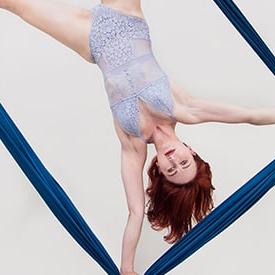