The craze that was ‘Madchester’ lives on in the incredible tribute act, The Absolute Stone Roses. The iconic sound, energy, and atmosphere only ever seen at The Stone Roses gigs are brought to private and corporate events all over the UK and Europe.

With years of touring under their belts and an unrivalled appreciation for the work of The Stone Roses, this tribute act, The Absolute Stone Roses recreate the magic of Manchester’s golden age. Ian Brown assembled The Stone Roses in the ’80s creating a cutting-edge mix of genres including indie, alternative, blues, funk, and dance rock. Their short-lived fame has won them legions of fans and paved the way for 90’s bands like Oasis. To this day the work of Ian Brown and The Stone Roses is inspirational and the progenitor of some of today’s favourite genres.

The Absolute Stone Roses were inspired by this and have been paying homage to their idols for several years. Consisting of professional musicians with an ability to emulate the style and behaviour of the original act, fans can expect to hear amazing renditions of all the classics like ‘Waterfall’, ‘Made of Stone’, ‘I Am the Resurrection’, and ‘I Wanna Be Adored’. With baggy attire and attitude, audiences will fall into their heady beats and psychedelic riffs. The band themselves are huge fans of the original act with a love and dedication being evident in their production and performance.

After consultations with a host of audio engineers and producers, The Absolute Stone Roses have left nothing to chance. This live rock band are a must as private or corporate entertainment with their music turning any venue or event into a night at the Hacienda in Manchester circa 1989. Whether you’re looking to rediscover your youth, bring in a new legion of fans, or try something different, The Absolute Stone Roses are an incredible band and alternative hit bringing the magic of the 80s to the 21st century.

If you've never seen the real deal or want to re-live your youth or feel that vibe then The Absolute Stone Roses will take you on a trip with the attitude and baggy fashion.

“Outstanding tribute to The Stone Roses, faithfully re-creating the tone, vibe and feel of one of the UK's most iconic indie bands. They packed out The Old Schoolhouse Venue, the atmosphere was electric, cant wait to do it again!" -  Marcus, The Old Schoolhouse

“The Absolute Stone Roses were a highlight of the Cheshire Festival programme executing the iconic life-affirming sounds and swagger of one of Manchester's best-loved bands with precision, style and grace. From fools gold to I am the resurrection they seamlessly sailed through the Roses back catalogue and had the audience in the palm of their hands. I strongly recommend you check them out, you won't be disappointed.” - Cheshire Festival Organisers

“You guys are my happy place.” - Kimberly Stride Stoke

“I was there taking photos on Saturday night it was so much fun. What an amazing atmosphere brilliant music and amazing band.” - Vernena Photos

Back to 'The Stone Roses'

Contact Champions Music & Entertainment to enquire about hiring The Absolute Stone Roses today. Get in touch by calling us on 0203 7934 042 or by emailing [email protected] now. 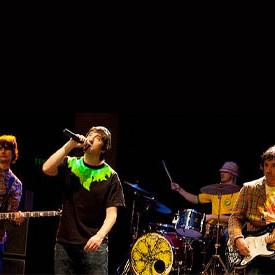 The Clone Roses #1 Tribute To The Stone Roses 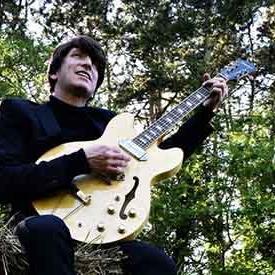