Described as "the Temptations in ripped jeans ......" by one rock critic, the Liverpool band's infectious melodies and warm harmonies had a deep emotional undercurrent.

Feeding on accusations, protest, despair and even self-doubt, their "socially aware soul" made a big impact on the complacent music scene of the late 80s. The band's name came from the surname of the three brothers that were originally in the line-up (Garry, Russell and Roger Christian) and was also, coincidentally, their songwriter/guitarist/keyboards player Henry Priestman's middle name. Their second album, "Colour", was released in 1990 and went to No.1 in the album chart. The most successful single was the atmospheric "Words" but others released included "I Found Out" and the uplifting "Greenbank Drive". "Happy In Hell" (1992), their third album, reached No. 18 in the album charts and included the singles "What's In A Word" and "The Bottle".

The band continued to tour and released a greatest hits album, "The Best Of The Christians", in 1993 which also featured a new track, "Perfect Moment", and a version of Bob Marley's "Small Axe". Lead singer Garry Christian moved to Paris in the mid-90s to produce a solo album ("Your Cool Mystery" (1998)) with the band reforming and touring at the end of the decade. The early years of the new century saw the band performing largely acoustic sets around the country whilst working on another studio album. "Prodigal Sons" was released in 2003 and showcased on a nationwide tour. Garry found time to release a second solo album "How Does It Feel" in 2004.

By now, Garry was the only member of the band from the original line-up but accompanied by a number of guest musicians, The Christians continued to tour and released several "live" albums. Their fifth studio album, aptly titled "Soul From Liverpool", featured a number of new songs plus noteworthy versions of other artists' songs. Bob Dylan's "I Shall Be Released", The Beatles' "Here Comes The Sun" and a powerful "Where Do The Children Play" (Cat Stevens) confirmed the band's ability to reinterpret other's work to great effect. 2012 was the 25th anniversary of their first album's success and The Christians released "Speed Of Life" to mark this milestone.

DE LUXE versions of both their debut album, The Christians, and Colour were also released including a number of bonus tracks and remixes. Sleeve notes from Garry Christian and some rare images from the time complete these attractive packages. The Christians continued to tour extensively in the UK, Spain and France receiving rave reviews for their live performances. Chris Evans described The Christians set on air in December 2013 as “the best gig I've ever been to”.

Another album, "We", was released in late September 2015. This involved their loyal fans "crowdfunding" the album in advance and the band themselves covering all of the production duties. A double-header tour with Roachford followed where the new material was promoted. 2017 saw The Christians touring extensively to mark the 30th anniversary of their debut album. Additionally, the album "Sings & Strings" was released which featured the reworking of 8 of their best known songs (plus "Harvest For The World" and "You'll Never Walk Alone") with a gospel choir accompanied only by a string quartet and piano. Shortly after, The Christians embarked on a 30 day Triple Header Tour with Altered Images and Midge Ure.

Contact Champions Music & Entertainment to enquire about hiring The Christians today. Get in touch by calling us on 0203 7934 042 or by emailing [email protected] now. 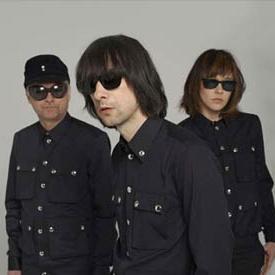