Merging their vocal harmonies into a delightful musical performance, The Honeypies are sure to blow your audience away.

Having already stormed the stage at venues all over the United Kingdom, The Honeypies is one of the most exciting singing groups in event entertainment. Drawing from a range of musical influences to carefully shape their beautiful sound, The Honeypies possess an enviable understanding of both classic and contemporary hits.

Merging each of their musical talents into one musical concoction, The Honeypies’ impeccable harmonies are a delight to the ears. Delivering a musical repertoire that is eclectic and energising in equal measure, the group have been known to draw on the classic sounds of soul and Motown. In addition, The Honeypies are equally adept at performing powerful renditions of many modern pop songs, which has helped the group enjoy broad appeal with audiences of all shapes and sizes.

Made up of three talented singers, The Honeypies’ dedication to their craft is clear to see. Band member Caz is a huge fan of the singer Pink and is able to play the guitar and the piano. Bandmate Corea has mastered three instruments and is able to play the piano, the violin and the flute. Last but not least, bandmate Ali’s musical skills include her ability to play one of the most notable instruments in classical music – the cello.

Depending on your specific needs, The Honeypies present their act in a number of formats to suit the event. For those looking to enjoy a stripped-down performance, the group are able to deliver their exhilarating show alongside a backing track, as well as being able to provide live instrumentation. If you’re looking for a fuller and richer sound, the group can also perform alongside a thrilling full live band.

The Honeypies’ magnificent harmonies have seen them enjoy vast success performing all over the nation. They are continually called upon to perform at corporate events and as wedding entertainment, ensuring a fun-filled occasion wherever they go. To date, the group have already performed at Heysham’s Ocean Edge Holiday Park and at various Butlins functions in Bangor, Minehead and Skegness. Furthermore, the group have performed in diverse locations such as the Isle of Wight and Scotland, as well as appearing for numerous functions for Haven Holidays.

Undoubtedly one of the most exciting vocal trios in live music today, The Honeypies have embarked on a meteoric rise through the entertainment ranks. Having developed a show that appeals to a wide variety of audiences, the group are the perfect booking for your next event.

If you would like to book The Honeypies as the act for your corporate entertainment, wedding, music venue, product launch or private occasion, contact the Champions Music and Entertainment agency via [email protected]. Alternatively, speak to a member of the management team directly on 0203 793 40 42. 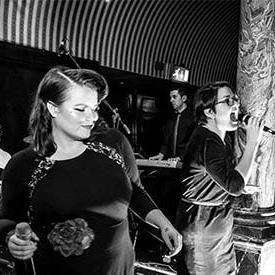 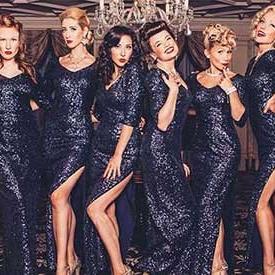 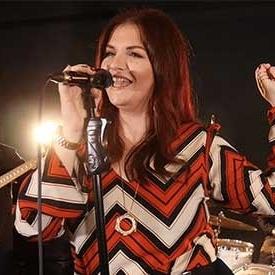