For something different to add another dimension to your events, Topsie is a high-profile drag artist who has become a crowd favourite. Mastering the craft, Topsie brings flair and artistry to impress guests and delegates.

Topsie Redfern is one of the country’s most exciting cabaret acts. With a talent and stage presence capable of bringing events to life, Topsie is a drag artist offering hilarious performances perfect for various events. A wicked sense of humour, covering her life with a plethora of anecdotes and life stories, she sings and entertains as she saunters around the room, making off the cuff jokes. Her sense of humour is paired with an innate knack of being able to engage all four corners of a room. Topsie is the alter-ego of actor and singer Nathan Kiley who has performed around the globe since going professional in 2005. Topsie has had significant West End success while honing her trade as a drag act.

Finding herself to be one of the most impressive in the field, Topsie quickly grew a reputation for providing excellent entertainment for events of all shapes and sizes. She has garnered significant attention over the years, building a loyal fanbase. From a solid foundation, Topsie was voted Best Newcomer Drag Act back in 2014 after taking the runner-up spot on Drag Idol 2013. Her soprano singing voice is incredibly versatile and she offers neatly composed soundtracks to her show, featuring hits from popular music of the past and present, twisted in her own unique way to make for an explosive performance. Bringing a pioneering show primed for the modern age, Topsie has evolved her performances to attract a widespread audience.

Topsie interacts with crowds, bringing them up on stage and incorporating them into her shows. Everybody has a wonderful time at a Topsie Redfern show. Risqué but never crude, Topsie has been wowing punters with her Bridezilla stage show and other effortlessly engaging performances in recent times. With several outfit changes, Topsie is a major stage star who can bring some glitz and glamour to your event. Having topped the bill at venues across the United Kingdom, including cabaret clubs, nightclubs and comedy clubs, and making a splash at private parties and special occasions - Topsie has become a firm fixture of alternative event entertainment.

Having performed for theatre productions and pantomimes, corporate events, product launches and award ceremonies, Topsie can inspire and entertain from beginning to end.

Contact Champions Music & Entertainment to enquire about hiring Topsie Redfern today. Get in touch by calling us on 0203 7934 042 or by emailing [email protected] now. 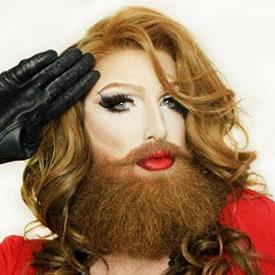 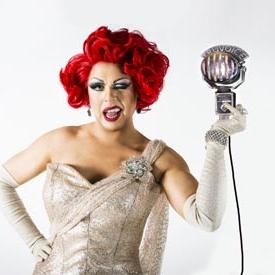 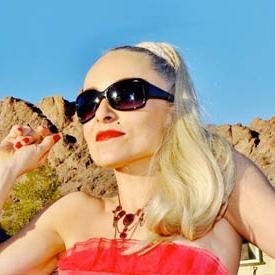