British acting sensation, explorer and hilarious entertainer, Brian Blessed's thunderous voice is as recognisable as his charming, bushy beard and breathtaking stories. Book him to make a personal appearance at your event today.

Instantly recognisable for his booming voice and boisterous personality, Brian Blessed has honed a reputation in the British media as an uproariously fun and equally loud actor and entertainer. His talent has seen him fill a range of roles within the entertainment industry and he has spent over 50 years at the top of it.

Brian has appeared in some of the world’s biggest films and television shows and thus is one of the most accomplished actors and sought-after entertainers in the UK. Beginning his career on the television drama Z-Cars in the 60s he quickly rose to fame.

Gifted when performing on both stage and screen, Brian’s fame multiplied following his role as Prince Vultan in the 1980 film Flash Gordon and his appearances in Blackadder. As his career progressed he starred in the likes of Doctor Who, Star Wars, Tarzan and Robin Hood: Prince of Thieves.

He became the first choice of casting agents everywhere when it came to needing an impactful voice, one with staggering depth and authority. Following a social media campaign, Brian’s unique voice has started being used for Sat Navs.

An extremely versatile performer, Brian has starred in many Shakespearean plays, most notably as the lead character in King Lear. He portrayed the fictional king both in film and on stage. His ability to project his voice has made him a natural when it comes to stage and film, and over the years he has starred in a wide range of productions.

This includes musicals such as Cats to pantomimes Cinderella and Peter Pan alongside famous faces David Tennant and Thandie Newton. His comedic personality has seen him become an icon on UK comedy and panel shows, owing to his dramatic and humorous storytelling ability. He has been a guest-host on satirical panel show Have I Got News for You? with his presenting style going down a storm with audiences.

Away from the entertainment industry, Brian has undertaken a host of tough challenges to raise money for charity. This includes trekking to the top of Kilimanjaro, becoming the oldest man to reach the North Pole on foot and exploring the jungle in Venezuela where he survived a plane crash. As well as this he has attempted to climb Mount Everest without oxygen on three occasions with the highest he has managed being 28,000 feet.

Brian is a larger than life entertainer and explorer. He can bring a fresh, fun and splendidly moreish performance to corporate events, television shows and broadcasts.

If you would like to book Brian Blessed as the comedian for your club night, corporate event or other function, simply contact us by emailing agents@championsukplc.com or by calling alternatively calling a member of the management team on 0207 07 878 76. 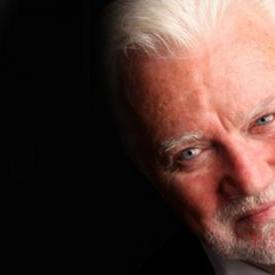 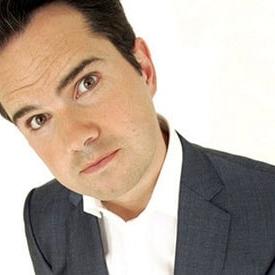