Lee Hurst is a renowned British stand-up comedian with a reputation as an entertainer and television panellist. He is the perfect choice to perform at corporate events, with his tasteful yet, edgy and fun observations on life proving popular.

Lee Hurst is a hugely talented stand-up comedian of television panel show and stand-up tour fame. With one of the most likeable personas on the circuit, the hottest jokes and most adventurous material- Lee knows how to delight audiences. With bold and assured examinations of life’s little idiosyncrasies that really resonate, there is no doubting his engagement as a performer.

Lee’s working class wit, and scrutinisation of the little details of life, makes for a marvellous, complete showcase. Delivering one of the funniest performances in the comedy industry, Lee Hurst knows how to style his gigs to bring a sense of surprise to corporate events, private functions and many other events.

Inherently daring as a comedian, and tastefully mischievous - Lee’s cockney spirit and chatty operandi, combined with his movement and animated voice on stage makes Lee a favourite with event planners who can relax as soon as he takes to the stage.

Perhaps best known as a panellist on the comedy sports quiz They Think It's All Over in which he appeared in 37 episodes as a regular panelist between 1995 and 1998. He also made appearances on Have I Got News for You, presented 10 episodes of The Salvage Squad and has made appearances on some of Britain’s best-loved guest talk shows including, Richard and Judy, Loose Women and in an impressive 30 episodes as a panelist on The Wright Stuff. He was even a team captain on The What in the World? Quiz for 10 episodes.

With an illustrious television career behind and ahead of him, Hurst has most recently appeared on the television game show Pointless Celebrities as well as touring the country with his stand-up comedy tours. His entertainment acumen cannot be denied, as his razor sharp wit and often prickly jokes have had audiences howling for twenty five years.

A leading comedian and entertainer, Lee Hurst is one of the most sought-after comedians on the market. To book Lee Hurst as the comedian for your wedding entertainment, corporate events or private parties, simply contact the Champions Music & Entertainment agency via agents@championsukplc.com or by calling a member of the management team on 0207 078 78 76. 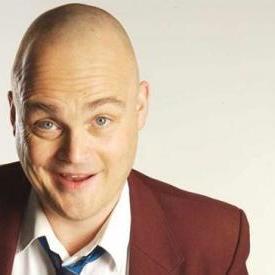