A naturally funny performer, Phil has years of experience exciting and surprising crowds with his quick wit and cheeky charm.

Phil Doyle is a veteran Welsh comedian of serious pedigree. He has played host and ran the stage as a stand-up comedian at an assortment of high-profile events.

Phil approaches every gig with the same degree of professionalism and is a mastermind at controlling a room and engaging his audience. Event planners can relax in the knowledge that Phil’s prowess and comic material is first-rate and appeals to everyone.

Having been around the corporate block and the hospitality circuit many times, Phil has fashioned himself a reputation as one of the most talented after dinner speakers, singers and performers in the country. His act is fresh, fun and up-to-date as he offers a unique gig, tailored to the requirements of his audience. Whether you want a side dish of show-stopping vocals or a full-blown comedy show, Phil Doyle can accommodate.

Phil’s fine-tuned act and personality have seen him appear on television shows including Granada’s The Comedians and Talking Telephone Numbers, ITV’s Better Late and Sky’s Comedians. In addition, his mantelpiece is also a testament to his comedic talents as he won the Variety Club Award in Jersey for Best Comedian three years in a row.

Phil is a loud and gregarious performer whose in-your-face style and strong singing voice, coupled with his cheeky yet tasteful approach, make him a good shout for any area of show business.

His track record speaks volumes – he once performed at none other than the Houses of Parliament for a Christmas banquet and is ever-present on cruise liners including P&O, Thomson and Travelscope.

Aside from gigs, Phil is also brilliant at after-dinner speaking at sports dinners, having performed with the likes of Dennis Taylor, Scott Hastings, Phil Bennett, Alex Higgins, Eric Bristow, Fergus Slattery and Alan Kennedy to name a few.

With a natural ability to make people laugh, Phil Doyle truly has the full package. His exciting brand of comedy is a fantastic addition to public and corporate events and his efforts have been lauded across the country and abroad.

Phil leads the charge as an event host and comedian with his engaging live shows, featuring a composed quick wit bringing laughter to the most discerning of audiences. Focussed, fun and terrifically intense, the Welshman's performances are second to none.

"The Phil Doyle, with daughter Natasha, show was thoroughly enjoyed by a mixed audience of mainly middle-aged to older people. The comedy from Phil was well appreciated and Natasha’s choice of songs had the audience clapping and joining in where appropriate. They were both very well presented and all in all a very enjoyable evening" - Cynthia

To book Phil Doyle as a comedian or host for private functions and corporate events, simply contact Champions Music & Entertainment by email via agents@championsukplc.com. Alternatively, call a member of the management team today on 0207 078 78 76. 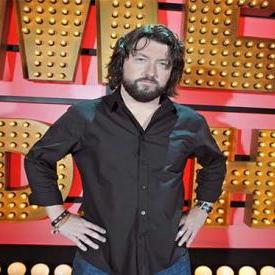 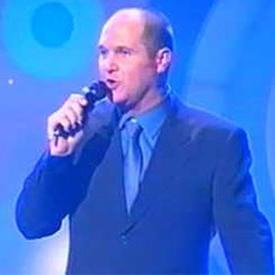