Tony Hawks is a canny stand-up comedian and best-selling author renowned for his outlandish, and often foolhardy adventures. His great charm and resilience as a comic have made him one of the most widely respected comedians and comedy authors in his field.

Carving out a unique niche as a comedy speaker at prestigious events, festivals and venues by bringing the peculiar stories of his past adventures and combining them with sharp punchlines and gloriously hysterical details, Tony Hawks has gone on to establish himself as a highly respected and multi-talented comedian.

Tony’s anecdotal style has seen him lauded by fans all over the UK and Europe. His cool, calm charm and deft delivery is a hit at corporate events and in the media. His work in TV, radio and film has garnered several awards and he is consistently voted one of the UK’s best-loved entertainers.

Tony Hawks released his debut book Round Ireland With A Fridge in 1998. The book won a number of awards and became a best-seller around the world. It details his desire to hitchhike the circumference of Ireland with a fridge and the mayhem he experienced when he actually decided to embark on the adventure. The audacious venture went on to inspire some of Tony’s earliest work as a comedian.

Now with a second book under his belt, Tony works as both a live stand-up comedian and broadcasting entertainer. His publications have both been serialized for BBC Radio and drawn audiences in by their thousands. His second book, Playing the Moldovans at Tennis, was the subject of a comedy documentary filmed by Oscar-winning cinematographer Mikolaj Jaroszewicz.

As a comedian, Tony does not only discuss the adventures outlined in his published works but also the everyday adventure that is his life. He has appeared as a guest comedian on some of the UK’s most popular comedy panel shows including Have I Got News for You, They Think It’s All Over and Just a Minute.

Tony Hawks has also worked as a television and radio presenter, hosting his own television series The Best Show in the World Ever… Probably, for BBC1 and has appeared on Celebrity Mastermind on a number of occasions.

An avid tennis fan, Tony often appears on television outside of his capacity as a comedian. He is frequently called upon to comment on international tennis tournaments and in 2000 he was a co-host on the BBC’s nightly broadcast of the Wimbledon Garden Party.

To book Tony Hawks as the British comic or presenter for your corporate events, radio or television shows, simply contact Champions Music & Entertainment via agents@championsukplc.com or speak to a member of the management team directly on 0207 078 78 76. 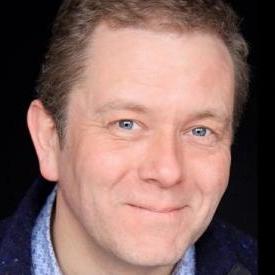 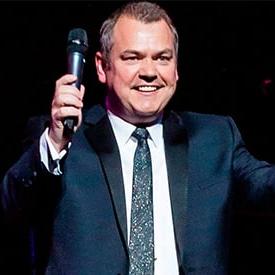