A self-titled "Glamonster", Gingzilla is an entertainer unlike any other. Standing in seven-inch heels is one thing, but Gingzilla can strut around the stage giving a show-stopping performance every time she attends an event. With an alluring infusion of feminity, class and an outlandish personality, she effortlessly enchants her audience. Having sold-out shows across the UK, audiences can't get enough of her.

Gingzilla is a performer in a million. The definition of unique, she commands the stage with her "legs for days" and a luscious ginger beard. Gingzilla stands at nearly 7ft tall of glamorous chaos, adorned in lace and fishnet tights. Self-described as "glamorous meets grotesque", her complete reimagination of gender celebrates everything masculine and feminine in one glorious performance.

This cabaret performance artist has earned numerous international awards, a testament to Gingzilla's unique talent. Born in Sydney, she appeared on The 2018 X-Factor in towering heels and a sequined outfit. In her opening audition, she left the judge's jaws agape, with Robbie Williams stating that she made him "deliciously confused". Gingzilla also appeared on the 2019 America's Got Talent, blowing audiences away with her vivacious performance. Fiery, sexy and ginger, she embodies drag culture in the weirdest, and most wonderful of ways.

By day he is called Ben Hudson, by night, this fierce performer evolves her drag queen persona, Gingzilla. She is a hit with UK audiences, having already toured the country with her sell-out show, The Gingzilla: Glamonster vs the World. The show garnered such success and international acclaim, Gingzilla was offered a solo slot at the Edinburgh Fringe Festival. With her quick costume changes, quirky aesthetic and truly talented singing voice, Gingzilla redefines masculinity and feminity. Ben describes how "my embodiment of the extremes of gender [...] elicits a visceral reaction.”

Give your guests they will never forget with this completely unique drag act. Gingzilla is passionate, professional and utterly outrageous, any event featuring this fiery lady immediately becomes a night to remember. Give your guests the entertainment they deserve with this joyous, scandalous drag act.

If you need any advice or guidance, or if you have a question about Gingzilla or any of the music or entertainment acts on our website, don’t hesitate to give a member of the management team a call on 0207 078 78 76 or send us a message via agents@championsukplc.com. 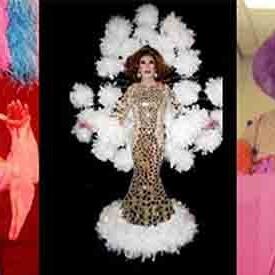 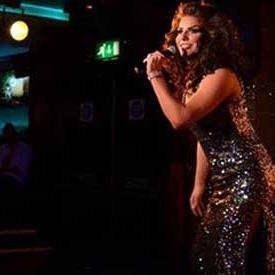 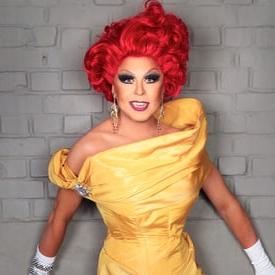