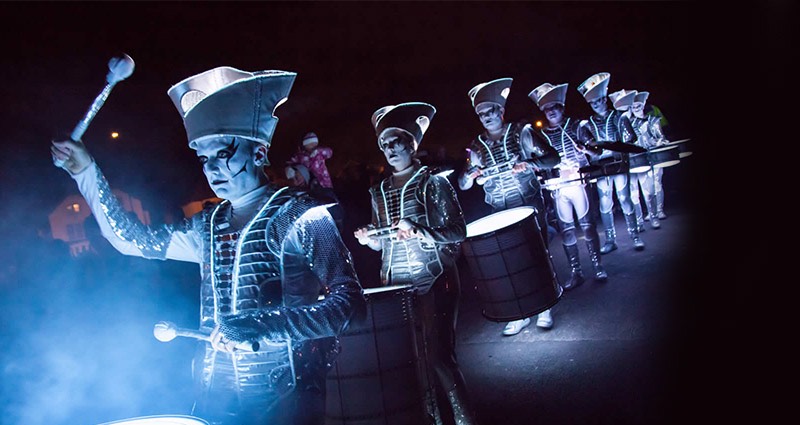 A New Year’s Eve party marks the end of an era and the beginning of another. As a time for reflection and celebration, New Year’s parties are the perfect occasion to cherish family and friends, embark on new adventures and live in the moment.

An unforgettable time of year, New Year’s Eve holds unique magic. We at Champions Music & Entertainment value the importance of celebration and making memories. We have compiled a list of the best entertainment to gather your loved ones and kick off the festivities!

Why Should I Hire an Entertainment Act for New Year's Eve?

With 93% of Brits celebrating the holiday season, why not hire an entertainment act to maintain the enthusiasm and lift the energy higher! Live musicians, comedians and unique performers can set the tone for the new year by adding value to your event. Our acts will inspire creativity, welcome new and known guests, and add an extra spark to the night. Count down the minutes to the new year with an exciting that will make the moment one to remember!

The Most Popular Entertainment Acts For New Year’s Eve 2022:

Entering the scene with a magical aura is Spark! A unique, high-impact performance group showcasing live music, dynamic choreography, and vibrant lights, Spark! Delivers zestful drumming and musical arrangements, tailored to any audience or location. This mesmerising act consists of five to seven masterminds, dressed to dazzle crowds in their custom silver costumes.

"Spark was very well received by all our guests, and we had so many compliments on our choice of act. Spark offered something really unusual and unique which was part of their appeal, and we were very impressed by the quality of the act." - Eleanor, Chateau Impney

Richard Blackwood is a famous actor, presenter, rapper and DJ. As a singer and rapper, Richard has released a range of songs, including his reworked cover, ‘Mama Who Da Man’, of Junior Giscombe’s hit single ‘Mama Used To Say’, which reached no. 3 on the UK Singles Chart. With his success in the media, Richard is now a well-known actor and comedian performing roles on EastEnders, Hollyoaks and appearances on Holby City.

Richard can be hired for the following:

"The Amazing Singing Waiters were fantastic they injected so much energy and atmosphere into our Christmas Party. Their waiters disguise really made their entrance a surprise which broke the atmosphere and bought the party to life. They had brilliant charisma and were true entertainers. The guests that attended said that it was the best works Christmas Party they had been to due to the entertainment!" - Lauren, St James’s Place Foundation

Our highly trained acrobat can personalise your experience by accommodating:

Perfect for private and corporate events!

Presenting visual art across the world, Verba Shadow combines shadow, lighting effects, professional acrobatics and acting. The dynamic group perform a variety of visual art, tailored to any audience. With their ability to adapt, Verba Shadow gives audiences the opportunity to create their own magic as the group is able to create fantasy shows featuring Disney characters, Oscar-worthy displays of your favourite film scenes and space adventures in ‘Shadow Space’!

“This was one of the better shadow dance acts I’ve seen because I actually felt emotion. I liked how fast-paced and how much went on during this. It kept me entertained.” - Elle

With expertise in circus entertainment, Arthur Hyam has impressive skills in juggling, diablo, hoops, devil sticks and fire tricks. Not only does Arthur deliver a show-stopping walkabout performance, but he also delivers workshops and tuition sessions to help young blooming circus performers. Book him today to master tricks yourself or to watch his striking fire stick walkabout!

"Arthur Hyam's juggling skills are a regular addition to our parties, always first port of call for the extra talent that makes our music events so special. We will continue to work with him until the end, a rare talent who brings fantastic energy." - Remi, Turf founder/festival promoter

Bringing energy, professionalism and versatility to the stage are the number one party band, Madhen. Known for their musical mashups, Madhen performs a unique multi-sensory experience of musical arrangements, synchronised LED costumes and guitars. The 5-man band will exceed your expectations with a high-level production.

"You are my new favourite band! Had such an amazing time listening and dancing to you." – Paloma Faith

Dressed as the iconic Stormtroopers from Star Wars, Boogie Storm are an interstellar dance group led by Lee Seddon. After entering the second stage of Britain’s Got Talent in 2016, Boogie Storm is a popular choice with over 100 million views of their BGT audition on YouTube. This entertainment act is fun-filled, providing meetups, and dance performances.

“Never stop what you do, you cheer so many people up, you are one of the most inspiring dance groups.” - Robbie

As seen on Britain’s Got Talent in 2008, Suleman Mirza and Madhu Singh are part of Signature, a dynamic Michael Jackson tribute act. The pair are like no other dance duo, merging pop with Bhangra to create their own dance style. Declared as the greatest BGT act in the history of talent TV, Signature is a popular entertainment act, having performed across 48 countries.

Chloe Bass is an extraordinary dance act, providing dynamic, alternative entertainment. With an eccentric twist, she presents a classy dance act with stilt walking, fire-eating, trapezes and aerial silks. Tailored for a diverse audience, Chloe is a versatile mind-blowing performer. Bringing the glitz and glamour to any event, Chloe is a perfect fit for private parties and momentous occasions.

Chloe Performs a range of dance styles, such as:

With her impeccable taste in music, Ashley James is a skilled DJ. With her versatility on the decks, Ashley is adaptable for any audience by playing any genre of tune. Ashley has performed at a range of events, such as for Eva Longoria at her non-profit Global Gift Foundation, and festivals including Wireless and Reading. She has also worked for prestigious brands like Google, Samsung and Coca-Cola.

Ashley has previously worked at events hosted by the following organisations:

Celebrity DJ, Jack Maynard is a highly sought-after media sensation. As a brother to internationally known artist Conor Maynard, Jack was born into a family with musical talent. With his drive to perform and engage with large audiences, Jack is recognised in the media, as he has over 1.5 million YouTube subscribers and has appeared on ‘Dancing On Ice’ as well as ‘I’m a Celebrity… Get Me Out Of Here!’ With his natural talent to entertain, book Jack for that unique energy and passion to connect with your audience.

Jack is a popular face in the media his social media shows:

Former Union J member George Shelley is an actor, singer, and presenter. Stealing the hearts of the nation, George has a charismatic personality and enthusiasm when performing. As a prime-time performer, George made his comeback to music in 2021, releasing his latest single ‘Lose To Find’. Previously part of the admired boy band, Union J, George is a highly regarded and talented singer.

George is known to sing the following:

Make your New Year’s Eve one to remember by booking one of our entertainment acts listed above, or any other of our many worldwide acts. As experts in organising events and providing the best party entertainment for your event, let us be of service by filling in our online form or give us a call directly on 0203 79 340 42.

> More posts by
Blog Back to the blog...
Related Posts
5+ Themes & Ideas To Make Your New Years Eve Party A Hit
Live Party Entertainment Ideas to Make Any Occasion Memorable
Get The Party Started With These Top 10 Dance Acts