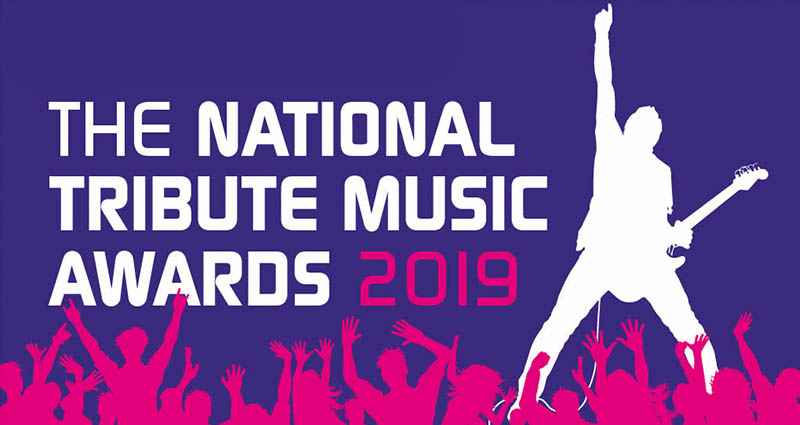 The National Tribute Music Awards (NTMA) is a widely regarded celebration of the tribute act music industry, and its leading players. From Lady Gaga to Cliff Richard, it serves to highlight the best tribute acts on the circuit, famed for their authenticity and talent.

As the National Tribute Music Awards 2020 has been postponed, reminisce on the top-class talent of the previous years' winners!

Totally Tina, otherwise known as Justine Ruddock, has a production value to rival that of the real thing. As a tribute to Tina Turner, she is no stranger to the NTMAs, having been awarded the 2016 Best Female Artist amongst other accolades. With her glitz and glamour, flashing lights and crisp sound, audiences are enamoured by Justine and her six-piece live band.

Paying tribute to one of the most entertaining pairs in the music and film industry, Chicago Blues Brothers perfectly recreate soul sensation, The Blues Brothers. Having spent decades perfecting their craft, it is no surprise that the pair were crowned winners of the Best Video Production Award. Slick, stylish and smooth, their videos capture the Chicago Blues Brothers' professionalism.

Boasting industry leading talent is one thing, but the mark of a truly successful tribute group is their ability to reach a larger audience. ABBA Revival were awarded the Best Marketing and PR Award at the 2019 NTMAs, in celebration of their professional global presentation and branding.

One of the most special moments of the NTMAs 2019, was when Vera Lynn herself recorded a special message for Lorrie Brown, winner of the Music Industry Award. Lorrie has dedicated her life to honouring Dame Vera Lynn's incredible music career, from Lorrie's traditional outfit to her 1940s music. Audiences flock to hear this icon in action, earning her this prestigious award.

There are many talented lookalikes available to book, but few can rival Andy Monk's indistinguishable look, character and gestures - he even appeared on Pride of Britain Awards with Simon Cowell himself. Winner of Best Lookalike, he has spent over 30 years perfecting his unrivalled ability as an impressionist, booked for promotional, corporate and public events.

From Cher to P!nk, Annie Lennox to Eurythmics, Stacy Green is a multifaceted tribute performer. With her diverse ability to slip into multiple different personas, Stacey's Best Multi Tribute Act award was certainly well-deserved. Stacey is immensely popular on the booking circuit, and it is not hard to see why, as this rock chick can effortlessly entertain audiences with a range of songs.

Winner of the Best Band Award, Hats Off to Led Zeppelin are a cover band above the rest. Boasting a star-studded career playing with the likes of Iron Maiden and Queen, their performances are famed for professionalism, production value and ability to entertain. For die-hard fans and the general public alike, an event featuring this band is truly special for audiences.

A global sensation, Belinda Davids was the well-deserved winner of the International Special Recognition Award. In celebration of her passion, talent and worldwide fame, audiences went wild when Belinda's name was announced at the NTMAs 2019. When booked for events, this incredible performer will have audiences singing along from start to finish.

Jimmy Jermain has dedicated his career to honouring Cliff Richard - since he attended the same school as Cliff himself! In recognition of Jimmy's longstanding tribute, he was awarded the Lifetime Achievement Award last year, a worthy accolade. First performing in his teenage years, he has since become the best Cliff Richard tribute act in the country.

One of the most respectable awards from the event, Donna Marie was honoured with the Best Female Artist Award, for her tribute to Lady Gaga. Regarded as the best in the world, she has even been given the seal of approval of Ate My Heart, Lady Gaga's management company. Audiences are blown away by Donna, captivated by her talent, professional set up and style.

Able to rap, beatbox and sing with the same acoustic twang as Ed Sheeran, Jack Shephard's hard work was celebrated with the Best Male Artist Award last year. With his custom built replica guitar and iconic red hair, he has featured on ITV, BBC and Capital FM radio. Jack is a popular choice for festivals and weddings alike, a reflection of his award-winning tribute act to Ed Sheeran.

Book A Talented Tribute Act For Your Event

To book one of our incredible tribute acts for your next birthday party, corporate event or concert, contact the Champions Music and Entertainment agency via our online contact form or by calling one of our booking agents directly on 0203 7934042.

> More posts by
Blog Back to the blog...
Related Posts
10 Critically-Acclaimed Tribute Acts Just Like The Real Thing