Stayin' Alive, Night Fever, Jive Talkin' and More Than a Woman, just some of the many hits the Bee Gees supplied us with over the years. The Bee Gees perhaps one of the most iconic sounds in music; you can bring to your event by booking a Bee Gees tribute act today.

If you want to guarantee an event filled with dancing, laughter and fun, what better way to do that than with one of our Bee Gees tribute bands? Paying the perfect tribute to Barry, Robin and Maurice, our acts replicate their style and do each and every song justice, ensuring that your guests are blown away by the entertainment you've put on. 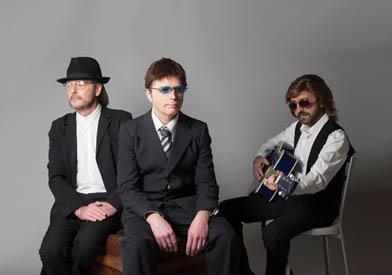 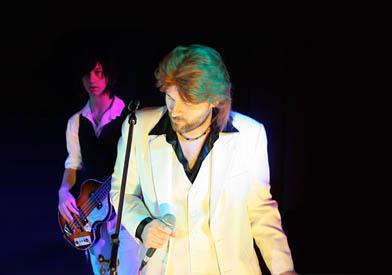 With decades of experience, our tribute acts are the best in the business. Professional, talented and passionate about the Bee Gees, these artists have performed for audiences all over the world. With some of the most authentic Bee Gees tribute bands on offer, we are certain that we have something for everyone.

Able to incorporate each band member’s unique mannerisms and personal traits, from their dry humour to their energetic performing style, our bands will not just sound like the band, look like the band, but act like the band too. It will be like having the Bee Gees themselves grace your stage. From wedding receptions to private functions, these Bee Gees tribute acts will perfectly compliment any event. With professional lighting and flawless performances, your audiences will marvel at the quality of entertainment you have organised.

Who Are The Bee Gees?

Formed in 1958, the Bee Gees were a pop group consisting of Barry, Robin and Maurice Gibb. The band found their success in the late 1960s and early 1970s prior to dominating the disco music scene in the late 70s.

With their recognisable three part harmonies and signature sound, the Bee Gees wrote, produced and performed all of their own songs, like Stayin’ Late, Night Fever, How Deep Is Your Love and Too Much Heaven. Having sold more than 220 million records worldwide, the Bee Gees were noted as one of the world’s best-selling artists of all time.

In 1997, the brothers were inducted into the Rock and Roll Hall of Fame, citing 'only Elvis Presley, the Beatles, Michael Jackson, Garth Brooks and Paul McCartney have outsold the Bee Gees'. Most recently, the Bee Gees were recognised with Grammy Awards for the Legend Award and Lifetime Achievement Award.

Contact Champions Music & Entertainment to enquire about hiring Bee Gees tribute acts today. Get in touch by calling us on 0203 793 4042 or by emailing [email protected] now.