Kurt Tallon is a top- class Elvis tribute artist and performer. His talent is renowned within the UK and abroad, and his stage presence can bring any crowd to life.

Spectacular Elvis tribute artist Kurt Tallon embodies the style and seduction of the Rock ‘n Roll King. His gripping vocals with an authentic Elvis style and intonation, mirror the talent of the superstar.

An established musician in his own right, Kurt launched his Elvis tribute act in 2004 and has consistently wowed audiences for over a decade. He has performed throughout the country and abroad at some of the most prestigious venues, covering hotels, casinos and clubs around the world.

Covering all eras of Elvis, Kurt brings the charming changes on with a seamlessness, bringing the pure rock ‘n roll and the twisting hips of the 1950s, the pre-burnout fun and games of the Hollywood era, the 1968 Comeback Special and the Concert years and Vegas swansong of the seventies.

Kurt lights a stage with his charismatic personality and superstar moves. He brings the smooth dark hair with the celebrated sideburns. He dresses in the tight or flared attire of the heartthrob, bluesman and globally renowned entertainer. Kurt is a consummate professional and worldly man. His aptitude and reliability as a performer to rival the original.

To fill any ‘big day’ dance floor Kurt is the perfect impersonator. So close is his likeness that he will be mobbed in photo booths by fans and non-fans alike.Kurt takes audiences through the best-selling hits Hound Dog, Burning Love, Jailhouse Rock, Love Me Tender, Always on My Mind, It’s Now or Never, Suspicious Minds and A Little Less Conversation, to name but a few of the hits that defined his illustrious career.

Kurt can come with a full live band and backing singers, the In Memory of the King Tribute Band, which complements his already extraordinary vocal performance. For a more modest event, Kurt can sing to studio quality backing tracks, but with the same full PA system and light show.

"Thank you for the fabulous entertainment you and your tribute band provided at my son's wedding, it was spectacular. I have had a lot of guests tell us how great they thought your show was - especially with a live band too! As you know we had listened to so many 'Elvis' impersonators before deciding to book you, and we all thought you were the best. There was no doubt about it after that performance at the wedding! Steve and Gemma said you were fantastic. We would, without a doubt recommend you to anyone wanting premier entertainment for a wedding or any function at all." - Marion Evans

Kurt is one of the best entertainers for hire for a host of events; corporate functions, wedding entertainment, retro-themed club nights and private parties. To book Kurt Tallon as your Elvis impersonator, simply contact us via agents@championsukplc.com or speak to a member of the management team directly on 0207 078 78 76. 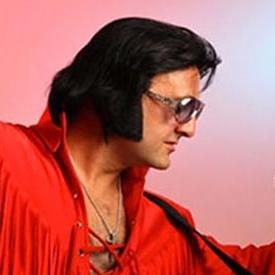 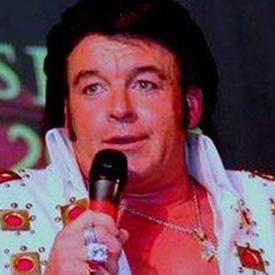 Wayne Denton A Tribute Worthy Of The Legend Himself