Ian Dury & The Blockheads are an English rock band who rose to fame in the 1970s. They quickly established their reputation as one of the top live new wave music acts and founded a dedicated following of fans in the UK and countries worldwide. Our selection of tribute acts impeccably mirror the talent of the band, delivering flawless performances impersonating the very presence of Ian Dury & The Blockheads.

The band kickstarted their road to fame in the 1970s, with their song Sex & Drugs & Rock & Roll being named as Single of the Week by NME magazine. The band have a commendable reputation and continue to broaden their already extensive fan base as time goes on. With a plethora of platinum records in their roster, they are arguably one of the top rock bands to grace the music industry. 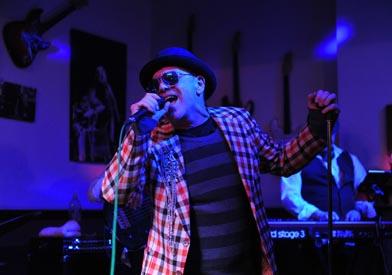 Ian Dury & The Blockheads have left a substantial impact on the music industry of today, inspiring a number of budding individuals to follow in their footsteps. Those inspired individuals have formed the astounding tribute bands here at Champions Music and Entertainment agency. The Ian Dury & The Blockheads tribute acts from Champions Music and Entertainment agency impeccably imitate the very talent of the original band. Performing their hit songs such as What A Waste, Hit Me With Your Rhythm Stick or Reasons To Be Cheerful, our tribute bands are the perfect addition to any event. Whether that event is a corporate event, private function or wedding, our tributes bring the very essence of the band to the room. The tribute bands will leave your audience and guests feeling as though they have spent the evening with the stars, questioning if they have just witnessed Ian Dury & The Blockheads themselves on stage.

Contact Champions Music & Entertainment to enquire about hiring Ian Dury & The Blockheads tribute acts today. Get in touch by calling us on 0203 793 4042 or by emailing [email protected] now.