When it comes to finding the perfect Michael Bublé tribute act, Lee Hutton’s smooth and unbelievably accurate performance is a cut above the rest. Successfully replicating the vocal skill and powerful stage presence of the original act, Lee continues to enjoy popularity as one of the most exciting tribute acts in the country today.

Lee Hutton has enjoyed considerable success as a Michael Bublé tribute act. Staging a performance that oozes refinement and class, Lee is ideally suited to impersonating the master of swing himself. As such, Lee’s performances often incorporate many of Bublé’s classic hits; Haven’t Met You Yet, Feeling Good, Home and It’s A Beautiful Day have all been paid tribute to throughout Lee’s performances.

Eager to please the discerning swing fan, Lee has also been known to include a number of swing classics in his thrilling set. A versatile performer in his own right, Lee is equally adept at performing a mix of feel-good hits and up-tempo party songs alongside his wonderful tribute act.

From the outset, Michael Bublé’s career as a singer-songwriter was marked with appraisal. His very first album stormed the charts both in Canada and the United Kingdom, paving the way for the successful releases that followed. In 2005, Bublé gained widespread recognition across the globe, with his album It’s Time achieving an impressive triple platinum certification.

His following release, Call Me Irresponsible, achieved similar commercial success, reaching the number one spot in Canada, the United Kingdom and the United States. Building upon a string of further releases, Bublé has sold an astonishing 55 million records worldwide, earning himself several Grammy Awards and Juno Awards in the process.

Staging an exhilarating show that pleases both the eyes and the ears, Lee has enjoyed popularity as corporate entertainment and wedding entertainment alike. Incorporating both the elegance and charm of the original act, Lee continues to delight crowds wherever he goes. With vast performance experience already behind him, Lee has enjoyed rave reviews from many of those who have witnessed his amazing act. As such, Lee continues to cement himself as one of the most revered Michael Bublé tribute acts in the country today.

If you would like to book Lee Hutton for your corporate entertainment, wedding entertainment or private event, contact the Champions Music and Entertainment agency via agents@championsukplc.com. Alternatively, speak to a member of the management team directly on 0207 078 78 76. 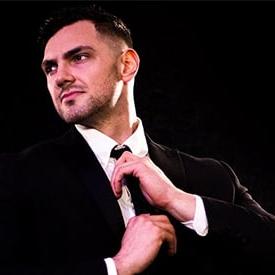 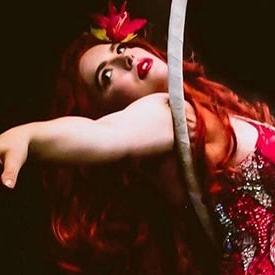